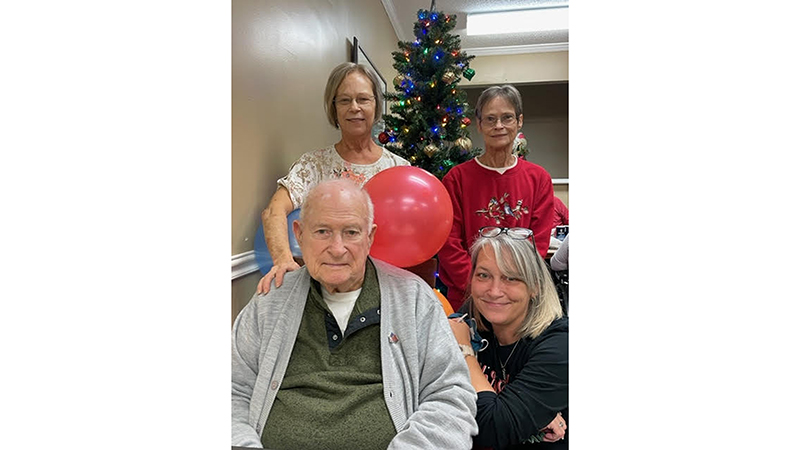 VALLEY – A World War II veteran recently celebrated his 101st birthday at Valley Park Manor. Luther Z. Heath was born in Camp Hill, Alabama on December 10, 1920. On the same day, President Woodrow Wilson was awarded the Nobel Peace Prize for his efforts in establishing the League of Nations.

Heath was living in Mobile when he enlisted in the United States Army in 1943. He served two years in the European Theater of War, a time when American soldiers were fighting in North Africa, Italy, France and in Belgium. Heath was in Germany at the end of the war in the spring of 1945.

After the war he worked as a sheet metal worker for Sims Metal Works. He was a valued employee and worked until the age of 86. He enjoyed being active and chose to keep working as long as he was physically able to do the job.

“It was a great pleasure for us to spoil him on his birthday! said Amber Griggs, director of Valley Park Manor Assisted Living & Memory Care. “We were so happy that some of her family were there to be a part of her special day.”

He was married to his wife, the late Pearl Heath, for many years. He is the father of four children, Sara Gore, Sally DeJournette, Julia Magourik and Zachary Heath III.

“It was both a pleasure and an honor for us to throw a birthday party for him,” said Griggs. “He loves to watch baseball.”

He definitely enjoyed watching the Atlanta Braves win the World Series this year.

The Boston Braves won the world title several years before he was born, but he lived to see the Milwaukee Braves win it in 1957 and the Atlanta Braves win the title in 1995. and 2021.

“Luther is a gentle-mannered man with few words,” said Griggs, “but when you speak to him they speak to someone who has seen and taken part in so much history. God has blessed Mr. Heath and his family over the years. We were so happy to greet him for having stood the test of time. It was a privilege for us to wish him a happy birthday. We hope he will have many more.