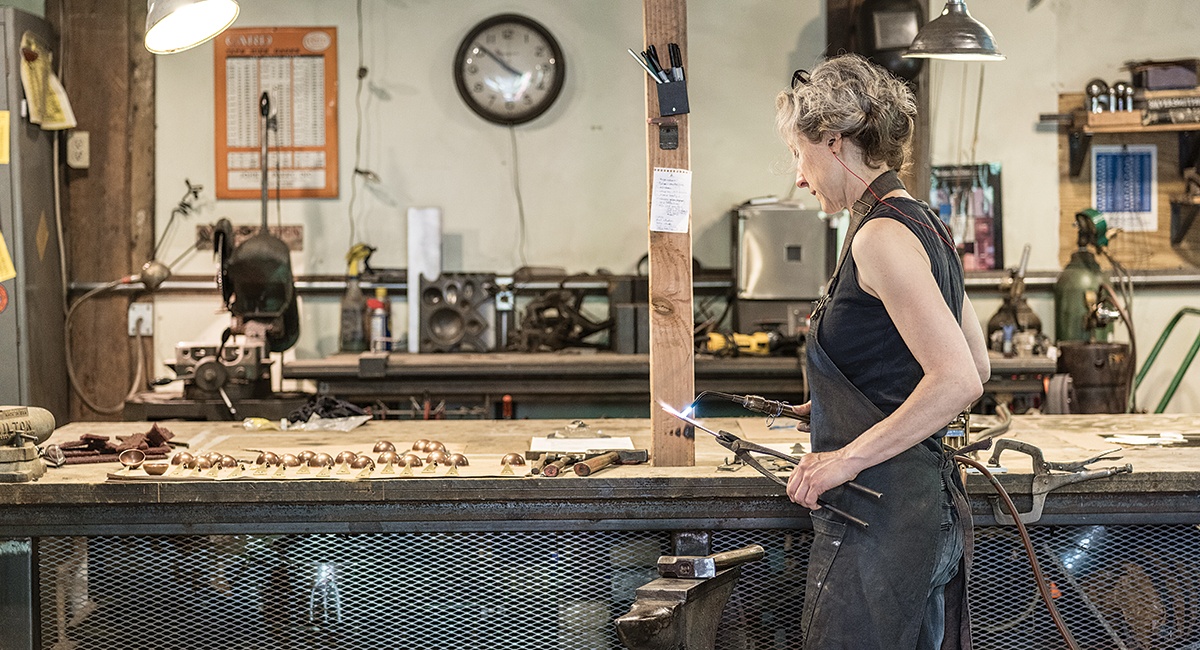 The Maine-based pro makes her unique products in an antique barn.

Sign up for our weekly home and property newsletter, featuring homes for sale, neighborhood events, and more.

Standing at her anvil, steelworker Erica Moody uses a torch to heat an oyster knife before forging her blade. / Photo by Erin Little

Steelworker Erica Moody attributes one of the first service items she created to a little magic. Late one night in his barn in Waldoboro, Maine, turned into a workshop in 2016, Moody had the idea to forge a pie server as a gift for a friend who had a reputation for making fantastic confections. A decidedly practical designer, Moody doesn’t go through many iterations of design, testing or redesign. Instead, she lets her nearly 30 years of metalworking experience speak through her hands, shaping what feels good above all else. “I go ahead and start playing with the material,” she says.

On this “magical evening,” as Moody describes it, she tore a steel rod from her scrap pile and began heating it and bending it to form a curved handle. Then, for the blade, she brought in a piece of brass, manipulating it to resemble the elegant shape of an old pie server she owns. After riveting the handle to the blade, Moody went to do some slight adjustments. But, with the pieces clamped together, she crushed some brass too much much to the section where they met. “At first I thought, ‘Oh, no!’ Moody said. “But it was so beautiful the way the brass formed around the steel. [The mistake] turned into another magical moment because I ended up doing this with all [the servers I made after that]. “ 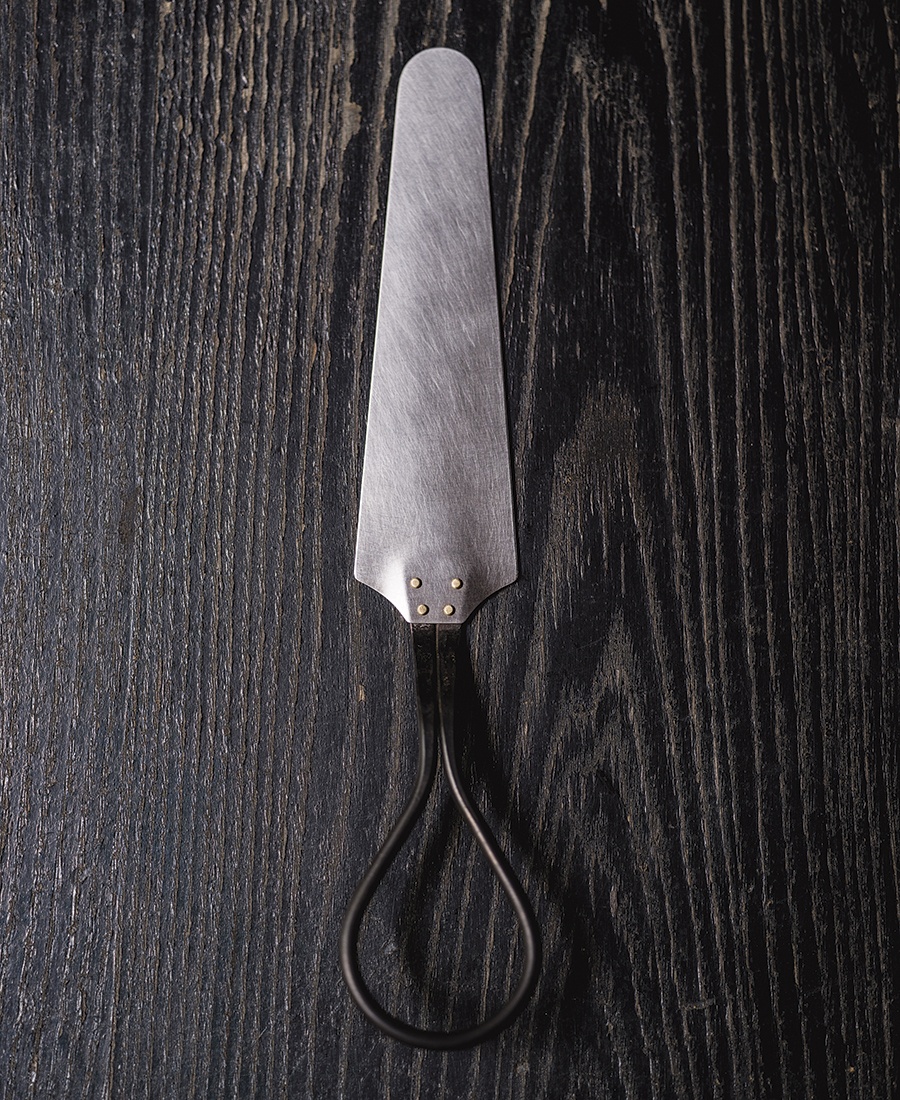 The original design of Moody’s pie server, one of its most popular items, includes a brass blade, although it is also stainless steel. / Photo by Erin Little

Moody has always reveled in the quirks of the design process, even as a budding craftsman. At the time, the native of upstate New York cut her teeth as an apprentice to a self-taught sculptor and metallurgist in Boston. She created personalized projects for her clients, reveling in the challenge of “doing something that seemed impossible,” she says. From sculptural railings to oversized artwork, Moody’s produced architectural wonders that have scratched his itch for problem-solving and, at the same time, allowed him to enjoy the free existence of a craftsman, a style of life she admired among her artist friends. “They had this creative flexibility in all aspects of their lives,” she says.

Eventually, in 2001, she opened her own custom manufacturing business in Boston, designing handrails, drawer pulls, cabinet hinges, and other hardware. In 2016, however, the overheads of operating large metalworking equipment in the city brought Moody, 50, to Waldoboro, Maine, an area she had routinely traveled through while teaching metalworking. to boat builders at a school on the Blue Hill Peninsula. . 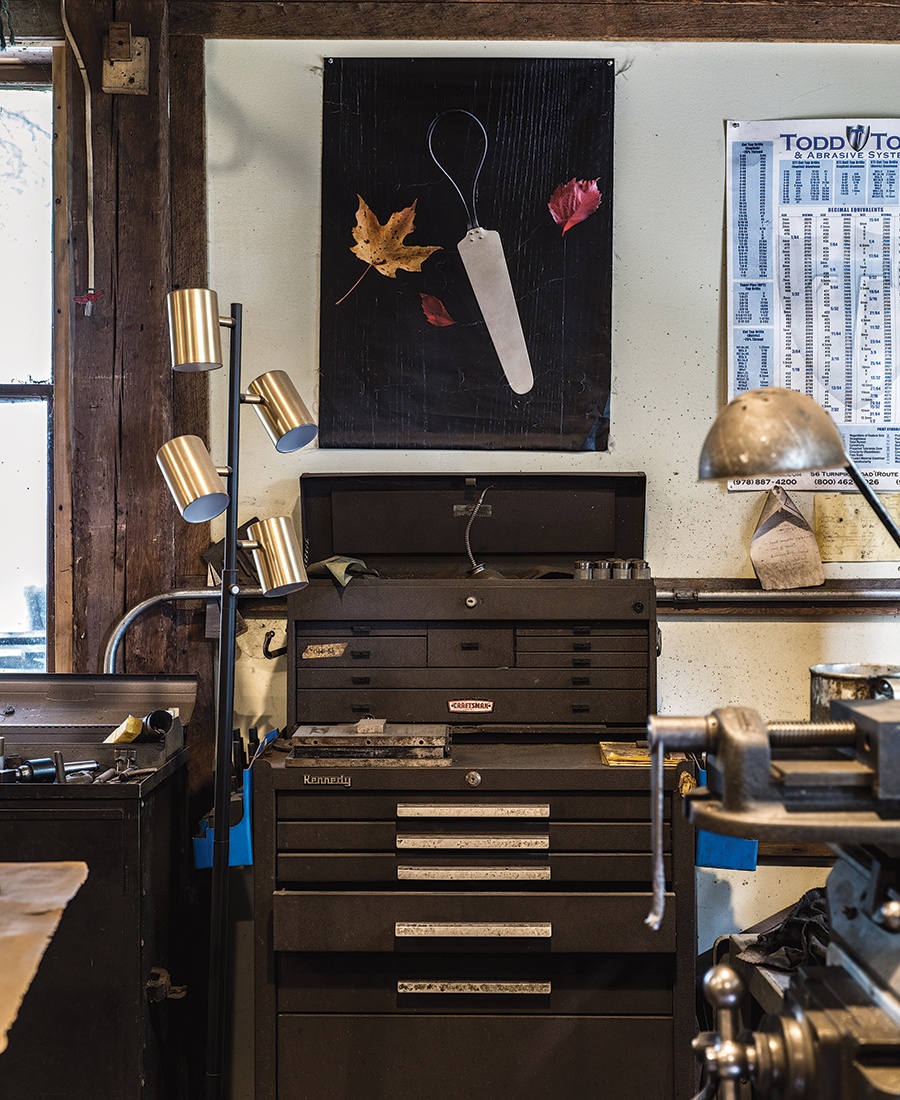 For the designer, finding her own spacious studio after years of working in Boston has become more appealing. “I found myself wanting to find more space, more nature, more calm,” she says. / Photo by Erin Little 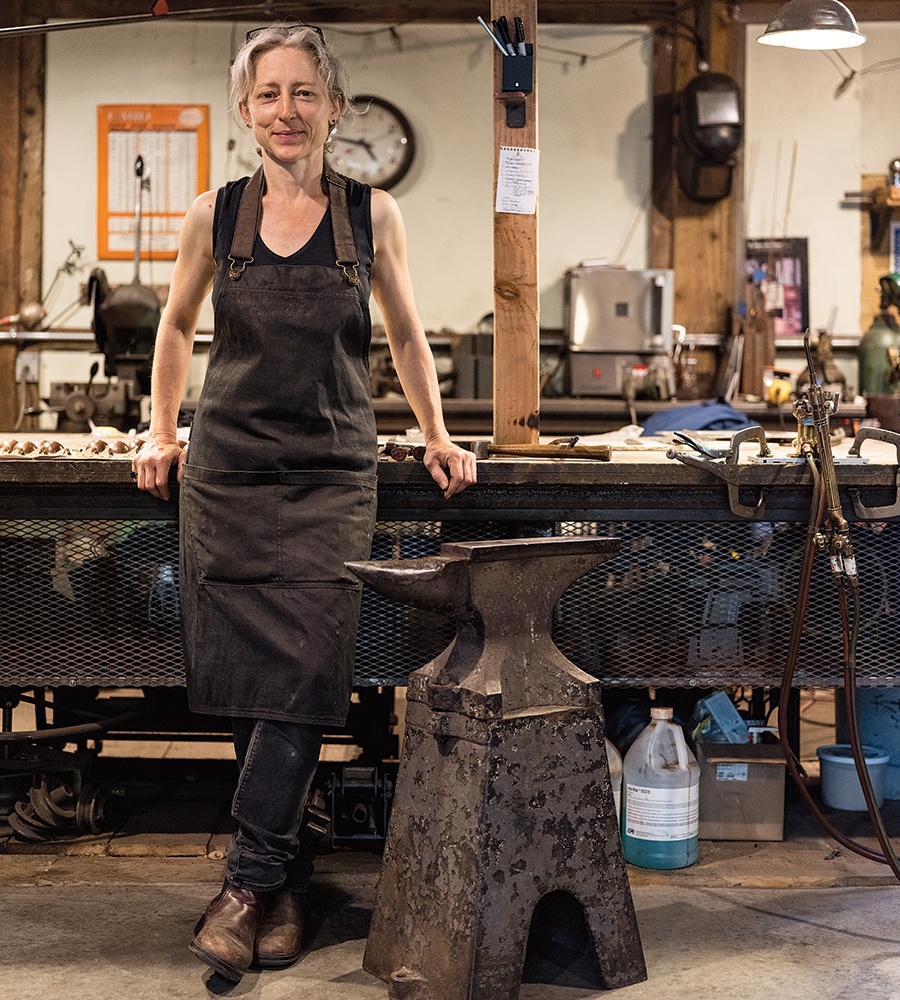 Moving his equipment to his new studio – a turn-of-the-century barn – came next. She furnished the antique space with analog machines from her store in Boston, some nearly 100 years old. “These are such beautiful pieces in their own right,” she says. “But they’re also very efficient, stable and reliable. The sounds of their clicking… not the high speed hum of a new, finely tuned modern machine.

As Moody settled in with her tools, she pondered what she could create on a smaller scale. “I had a few employees in Boston and we were making these huge stairs. It was physically a lot of work, ”she says. “The older I get, the more my body starts to want to do this stuff less.” The idea of ​​creating something small enough to ship in a box wowed Moody, while Maine’s burgeoning farm-to-table movement planted another seed in his mind. “When I first started thinking about food culture and the ritual of eating, it spoke to me,” she says, noting that her parents and great-grandparents were passionate home cooks. “It definitely resonated with me in a way that other things didn’t.” 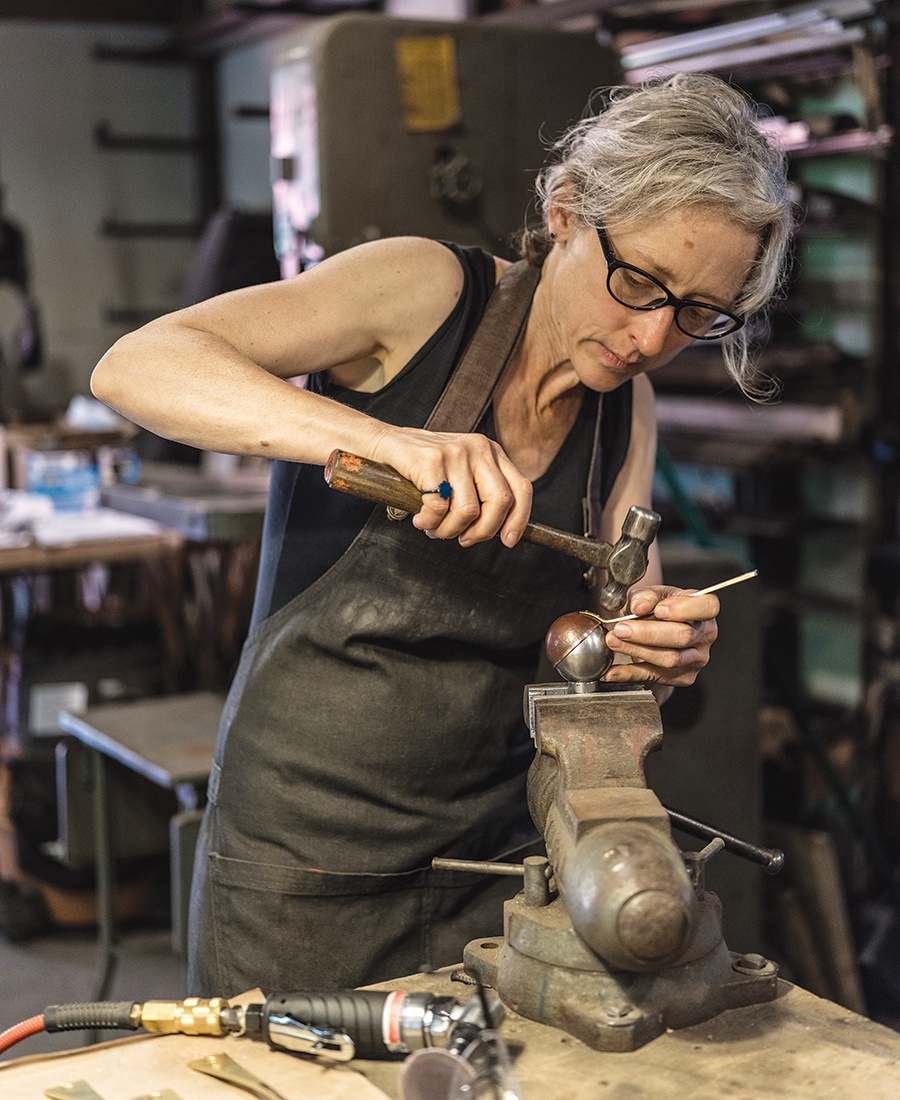 She rivets a brass handle onto the copper bowl of a teaspoon, working from a metal form held in a vise. / Photo by Erin Little 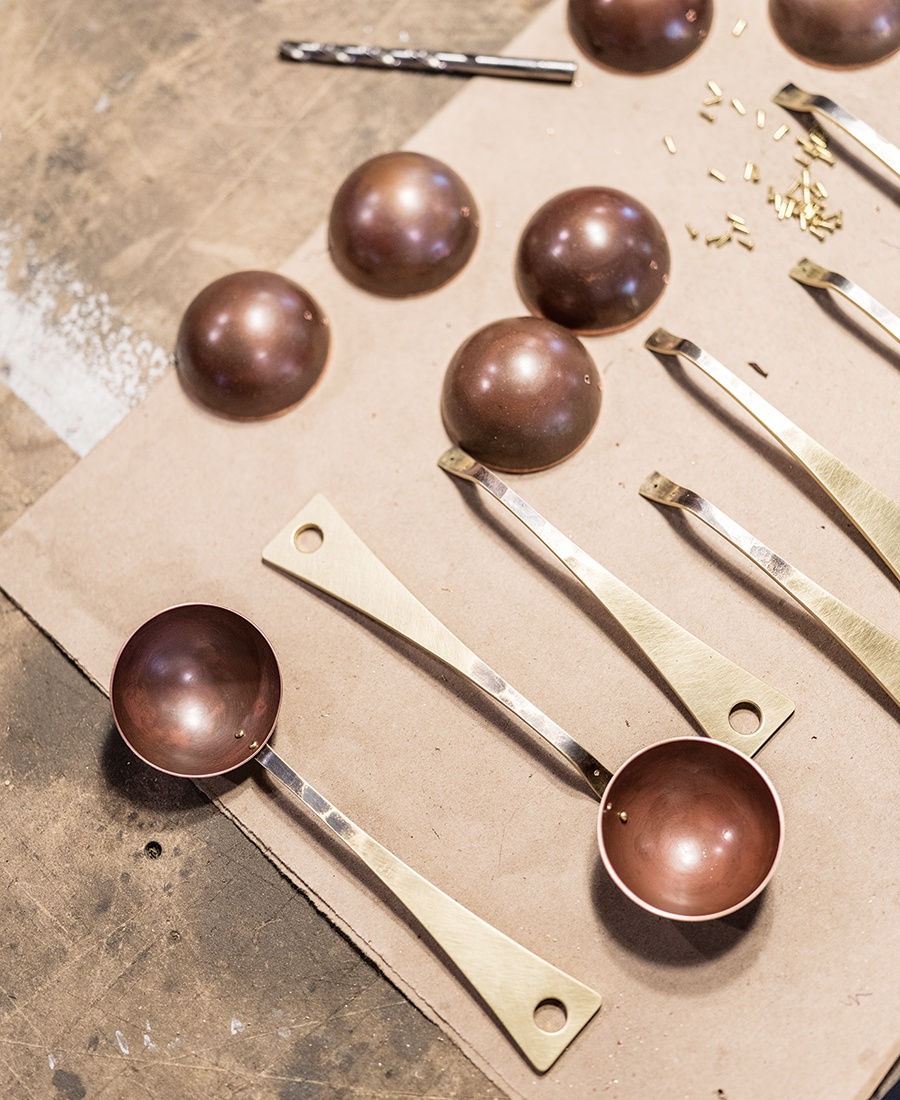 So Moody began to experiment by forging sets of metal tablespoons and teaspoons, teaspoons, pickle forks, and serving knives. As she formed more complex pieces like a set of cake knives and chopsticks made of aluminum and ebony, the demand from buyers materialized almost immediately. Now she continues to imagine new utensils and recently launched a range of burnished stainless steel items that includes cheese knives and serving spoons. “I can’t keep anything in stock,” Moody admits, “which is really great.”

But that’s not all she’s celebrating these days: this October marks her company’s 20th anniversary. While the job has changed over the years, one thing has remained the same for Moody: the magic of craftsmanship and the joy she feels when hearing from customers. “I meet people who say, ‘I use this teaspoon every morning and it’s so amazing. This is a good start to my day, ”she says. “And that’s exactly what I was hoping the coins would offer when they hit the world.” 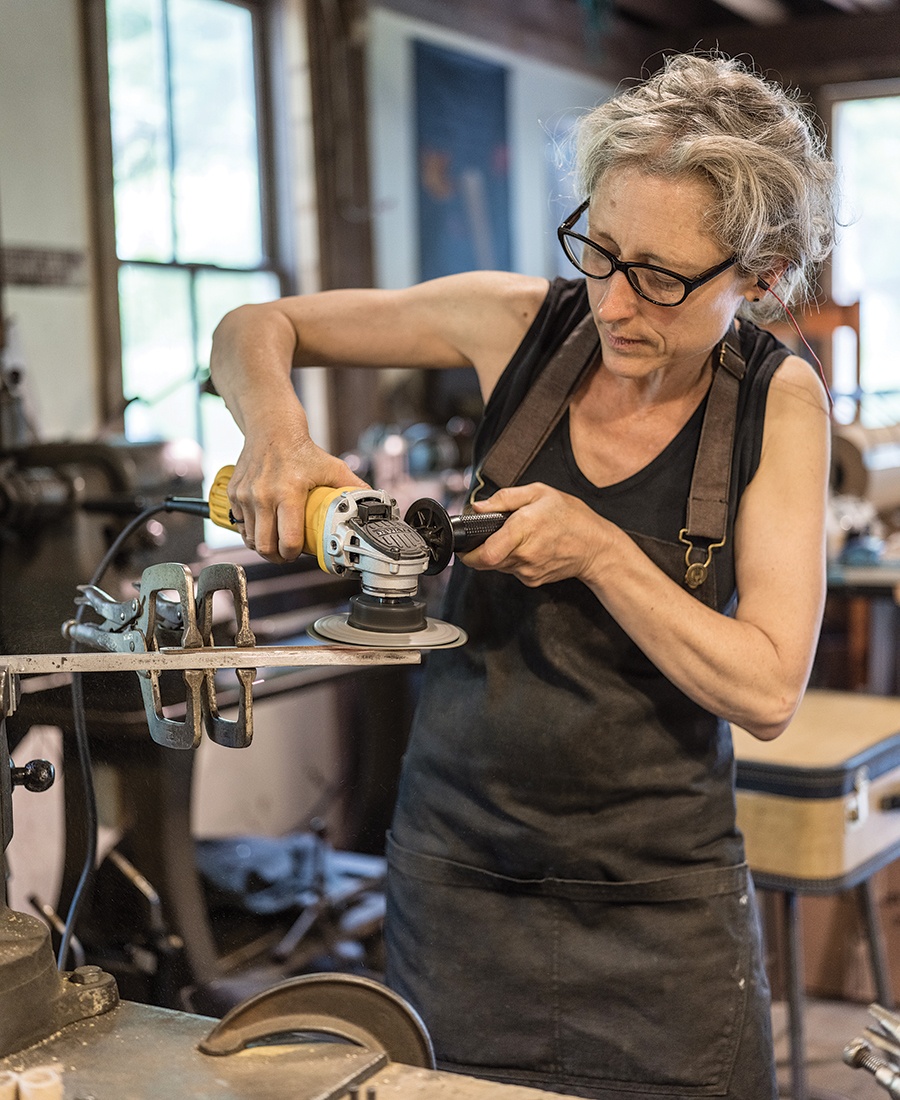 Moody sands an iced stainless steel teaspoon with an angle grinder to shape it before bending one end into a bowl. / Photo by Erin Little 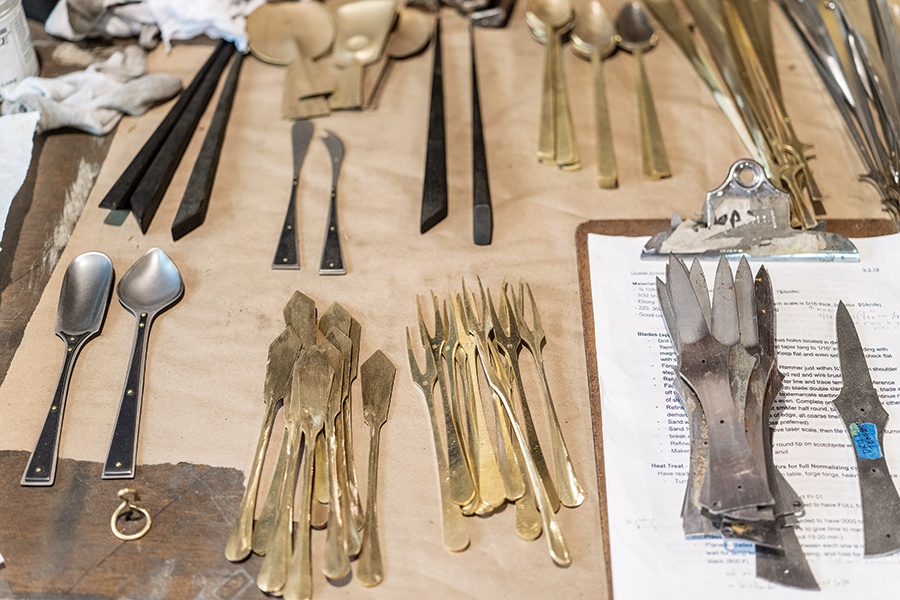 Work in progress, including prototypes of utensils and oyster knives, is spread over the worktable. / Photo by Erin Little 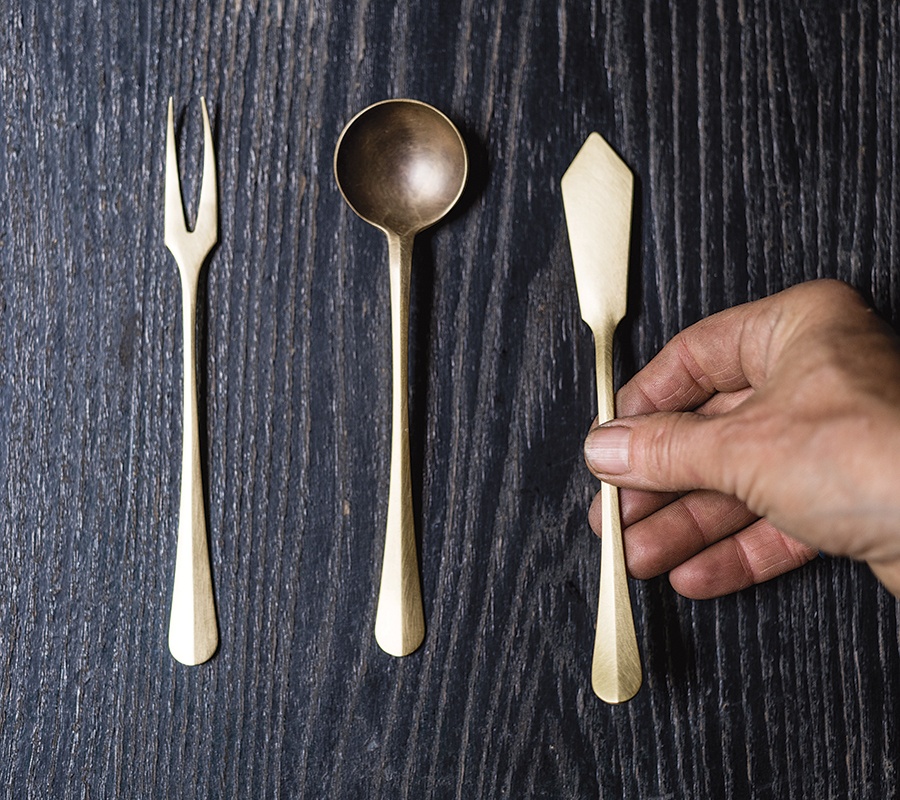