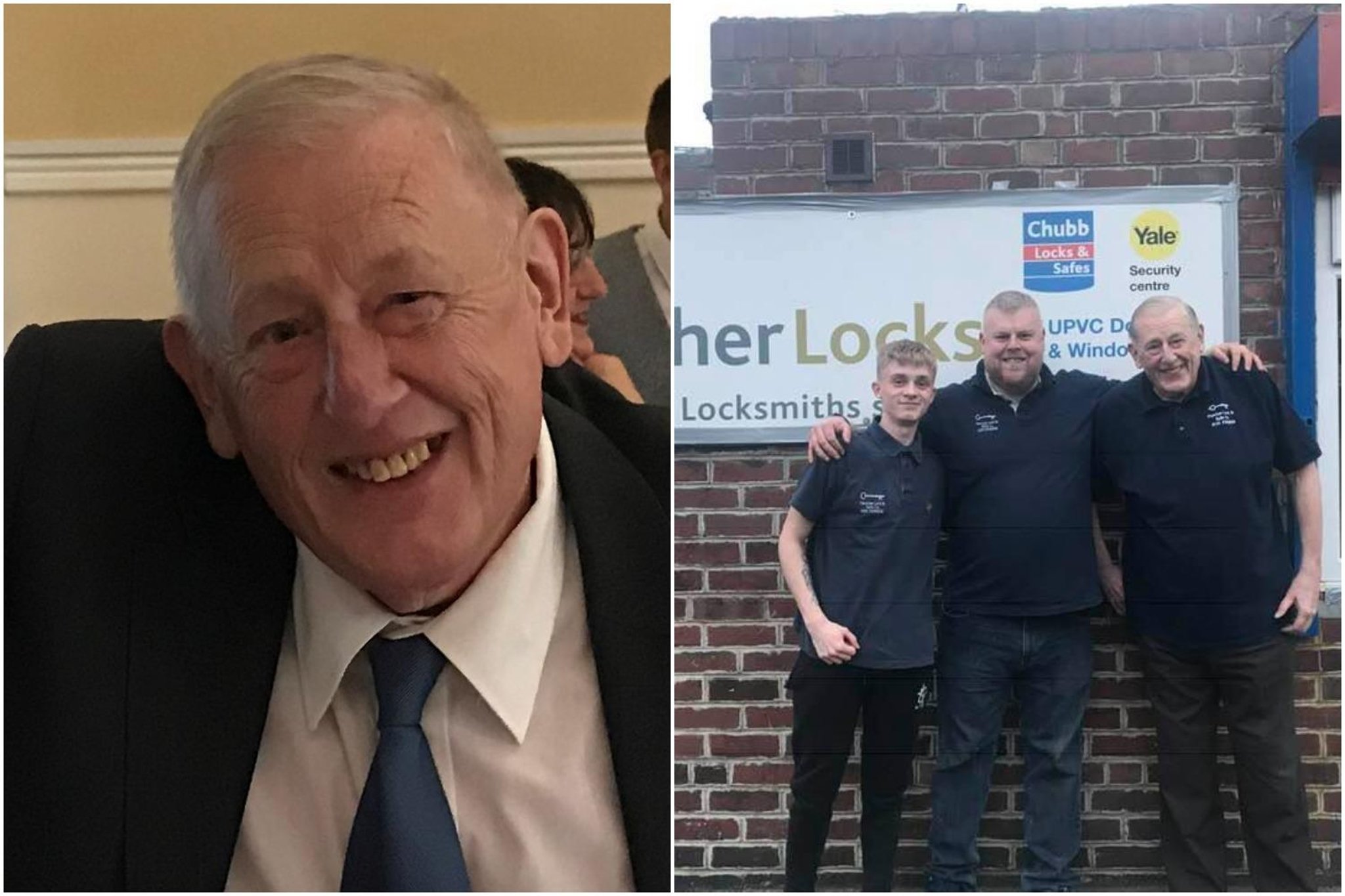 Paul Fletcher’s locksmith father, John, was so well known in the trade that he earned the nickname “John the Lock”.

He passed away this weekend, at the age of 73.

Paul said: “The number of people calling me and sending me their best wishes makes me realize how well known he was and how much he will be missed.

Register now to our daily newsletter

The newsletter i cut through the noise

John Fowler and John with Paul and Layton

John worked for 20 years at the famous Cowper Shaw hardware store on Blandford Street in the 1970s and 1980s, before becoming General Manager.

“Dad was proud that almost all of the apprentices back then in Sunderland had been sent to him and he set them up with their first set of tools,” said Paul.

“Some still use the quality tools to this day.”

The Sunderland firm behind the pursuit of the best in business

After leaving Cowper Shaw in the late 1980s, he started Fletcher Locksmiths at Station Street, a business that served customers across Sunderland.

“In addition to working in homes for the general public in every area of ​​Wearside, my father put locks on most of the doors of the Civic Center, Empire Theater, Roker Park and Stadium of Light, Mall The Bridges and Galleries, Durham Cathedral, St. Peter’s Church, Sunderland Station, Police and Fire Stations, Penshaw Monument, Pier and all the parks, ”said Paul.

“Trying to work where he hasn’t worked is more difficult. He even worked and locked several times on the Echo desk in Pennywell and the Echo store in downtown Sunderland.

“We have calculated that over the years he will have cut over 100,000 keys until he retires due to poor health a few years ago.”

The family business that John started is now in its third generation, with Paul and his son Layton taking up the torch from what is now Sea Road, Fulwell.

John’s wife, Anne, passed away last year, but along with Paul and Layton he is survived by his sons Andrew and Craig and six other grandchildren.

A funeral service will be held at the Sunderland Crematorium from 12:30 p.m. on November 4, followed by a rally at the Mill View club.

Support your Echo and become a subscriber today. Enjoy unlimited access to all of our news and sports, see fewer ads, enjoy faster load times, test your brain with daily puzzles, and get access to newsletters and exclusive content. The Sunderland Echo has been on Wearside since 1873, and your support means we can continue to tell your stories for generations to come. Click here to subscribe.