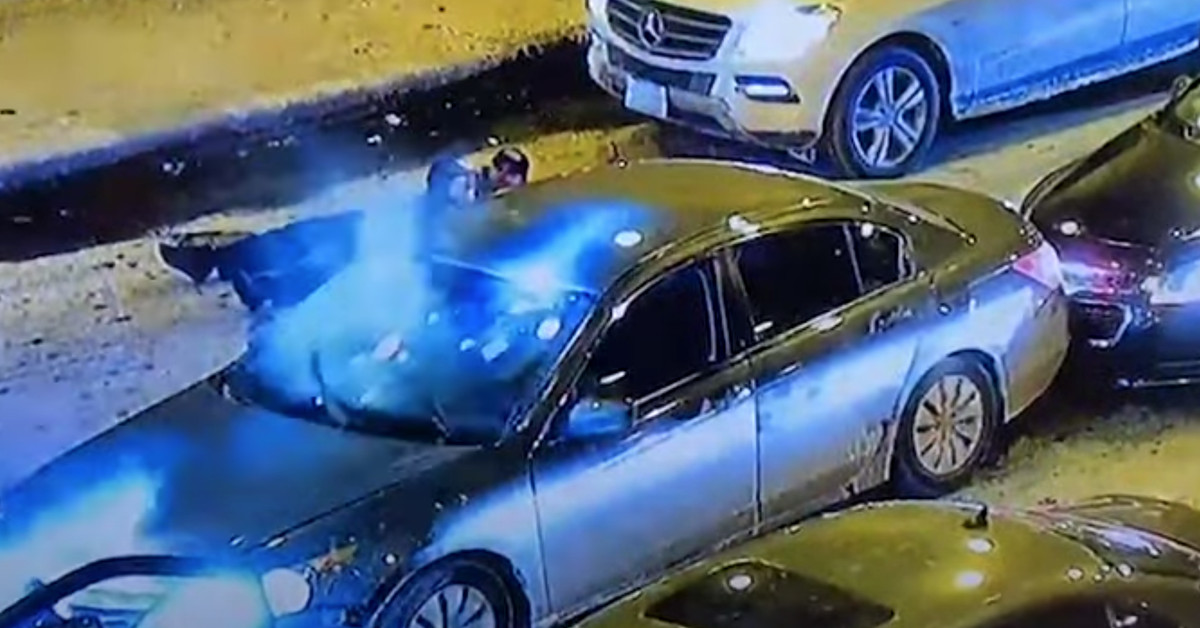 The Loop: 3 charged in connection with police shooting on Lower Wacker Drive

Bail was denied on Friday for a man accused of initiating a shootout with Chicago police officers trying to arrest him and two others in a stolen car on Lower Wacker Drive.

Edgardo Perez, 24, faces one count of attempted murder of a police officer in Wednesday night’s incident, which was captured on CCTV. Perez was shot at least three times and appeared at a hearing on Friday in a wheelchair.

The alleged driver, Noel Centeno, 20, is facing charges of possession of a stolen vehicle. He denied hijacking anyone and claimed to have found the car earlier in Skokie with keys.

Another passenger, Jesse Sanchez, 21, was charged with aggravated use of a weapon after officers allegedly found a gun in the backseat.

Around 9 p.m. Wednesday, a license plate-reading camera notified police that a car stolen earlier in the day was traveling through the Loop, Assistant State’s Attorney James Murphy said in court.

Officers found the car and pulled over on Wacker near Columbus Drive. Centeno put the car in reverse and slammed into the car behind him, Murphy said. An officer got out of an SUV and approached the stolen car, telling the occupants to raise their hands.

Video from the officer’s body camera shows Perez fired once and the side window shattered due to a gunshot inside, Murphy said. The officer dove to avoid the shots and grabbed his shoulder. He was not shot but was struck in the eye by shards of glass, Murphy said.

The officer and several other officers returned fire, Murphy said. Perez was punched in the chest, arms and legs and taken to Northwestern Memorial Hospital. Another officer was taken to hospital with a rapid heartbeat.

Police recovered a 9mm Glock with an extended magazine and laser sight from the car, Murphy said. A spent casing found in the car would match this weapon. Another gun, a silver revolver, was found in the rear near Sanchez, Murphy said.

At the time of the shooting, Centeno had been on bail in an ongoing firearms case since September, Murphy said. He violated his curfew on January 13 and an arrest warrant was issued on January 18.

Centeno attended Mather High School until 9th ​​grade and was unemployed during the pandemic, his attorney said.

Judge Susana Ortiz ordered that he be held on $250,000 bail for the new charge, with electronic monitoring as a condition of release.

Sanchez denied knowing anything about the stolen car, but told detectives the gun found in the car was his, Murphy said.

He was posted on $50,0000 bond, with electronic monitoring if released. He was also charged with drug charges and one count of criminal trespassing on a vehicle.

Perez is also charged with unlawful use of a weapon and a misdemeanor count of felony trespassing on a vehicle.

Perez’s only previous conviction was a misdemeanor property damage charge from 2016, for which he received a year of supervision. Prior to his arrest, he worked for five years as a metalworker, his lawyer said.

They are expected to appear in court again on February 16.