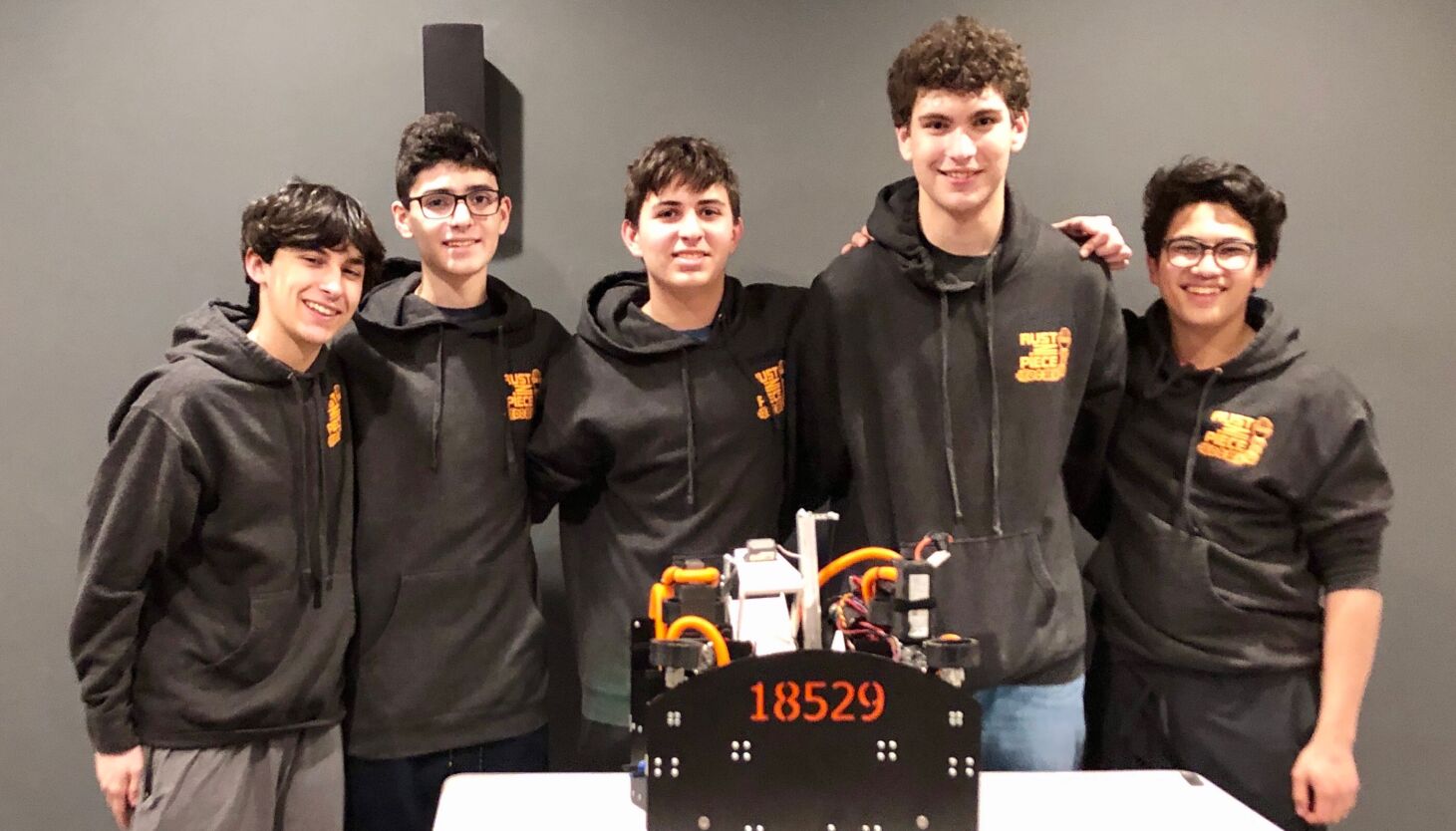 Robots don’t fight. Get this right. No jigsaw, no sledgehammer, no flamethrower.

To understand what these robots are actually doing or trying to do, you should watch the eight-minute animated video by sponsor Raytheon Technologies. You have to concentrate just to understand what teams need to do; Now imagine having to design, finance, build, program and operate a robot capable of performing these tasks in a competitive environment.

This year’s competition is called “Freight Frenzy”. Having been to an Amazon supply center, I couldn’t help but think that when no humans will be working there in 10 years, these little robots – each must fit in a cube of 18 x 18 inches – will be part of the reason.

Last season, when the FIRST Tech Challenge was virtual due to COVID, the robots fired small rings at a target. This year? Well, let Jacob Hoyt, Awareness Captain for Highland Park’s Rust in Piece Team 18529, explain:

“The focus this year basically comes down to picking up balls, blocks and ducks.”

Little rubber duckies, not big live ones. During the first 30 seconds of each match, the robots must work autonomously, that is, without the influence of their operators. Then, a two-minute guided race to grab the aforementioned balls, boxes, and ducks, then place them on “beehives,” three-tiered towers that tip over if not properly balanced.

Meanwhile, three other robots – two operated by adversaries, one by an “alliance” team – attempt to do the same on the same pitch. Your robot can lose points if it gets in its way.

Rust in Piece is one of 36 teams in the FIRST Tech Challenge Illinois Championship Tournament at Elgin Community College on Saturday.

“I’m so jazzed up, so excited,” Hoyt, 17, said. The team gathered to fine-tune their robot on Wednesday in Aiden Cohen’s basement, where several competitive robotics careers were born.

“We’ve been friends for a long time,” Hoyt said. They came to robotics through Cohen’s older brother, Benny, who has gone to the world tournament twice and now acts as a mentor. “His brother was great at it all. Every time I came I saw them doing really cool stuff, working with power tools, and that started my interest in STEM.

Science. Technology. Engineering. Math – I shouldn’t have to explain this.

Every aspect of robot operation is a deep dive at the intersection of mechanics and computing.

For example: how does the robot know where it is in the field?

“Three dead-wheel odometers tracking the position of the robot,” said Cohen, the team’s equipment captain (and chief financial officer). The wheels tell the robot where it is.

“It records X and Y coordinates,” explained Ross Goldbaum, software captain and lead robot pilot. “Many teams use encoder ticks in their motors – which tells their motors to move a certain distance and that’s it. But if it slips or another robot bumps into it, it can knock them down. The good thing about odometry, if a robot collides, or if we hit this barrier, it’s able to correct itself.

I assumed it was the same robot they won with last month. I was wrong. Only three teams advance from the state to the World Tournament in Houston. It takes extra effort. They abandoned their previous robot as inadequate.

“We decided to go straight to the grind and spent five days designing this whole robot, standing up for up to 12 hours a day,” Cohen said.

Which leads to the commercial aspect. They have 14 sponsors, the names of the biggest inscribed on the robot itself, like a racing car.

“I’m really good at connecting with other people,” Hoyt said. “So I work on raising awareness, to get funding.”

Just as Boy Scouts teach morality along with knots, there is a non-technical ethical aspect to competition called “graceful professionalism.” They loaned tools and equipment to other teams in the middle of competitions and, oh yes, created a course that they started teaching to 5th graders.

“We created a FIRST virtual robot simulator that we were able to put into a program,” Hoyt said. “What has become really clear through the pandemic is the disparities in STEM education opportunities. Robots are super expensive. people in communities that aren’t as fortunate as ours, so we created a hands-on course that targets 5th graders, training them in robot programming.”

They took the program to Wilmot School in Deerfield.

“They came to us and asked if we would be interested in a scaled down version of what they do for robotics competition,” said Maria Galanis, K-8 Innovation Specialist at Deerfield District 109. Have a taste of what real robotics competition looks so fantastic about, not only learning how to code robots, but also the team-building skills these students learn. It was just fabulous.

The program, launched in a single 5th grade class, will roll out to all four Deerfield elementary schools next year. The teens also met with Chicago Public Schools on Thursday, and the plan is to bring their curriculum there for 5th graders as well.

The message they deliver, Cohen said, is, “Hey, that’s what we do. We build robots. But we also try to make the community better.

In the competition, they are judged not only on the performance of their robot, but also on how it is designed, the code executed, their engineering notebook and their service to the community. They swept the semi-finals, failed to win the top prize in the final – held up by penalties – but advanced through their community work.

I spent nearly an hour talking to Hoyt and another hour watching the team fine-tune the robot (applying a skateboard grip was involved). It wasn’t until later that I realized that I had forgotten to ask what they would get if they won the tournament, besides going to the world competition in Houston. Then I realized it didn’t matter. They have already won.

Personal Loans for a Tight Budget