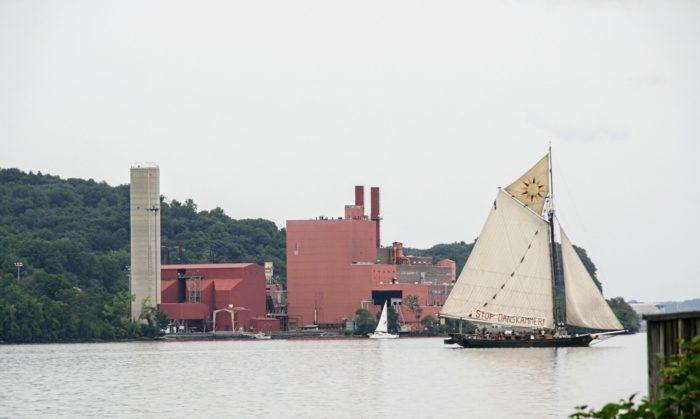 CITY OF NEWBURGH – Residents of the Hudson Valley remain divided over the Danskammer Energy Center power plant project in the town of Newburgh, entering a nearly-year-long PSC hearing cycle over environmental compatibility of section 10 of the proposed plant.

On Tuesday evening, during the last public hearing of the PSC, the inhabitants concerned spoke out for and against the ultra-low sulfur diesel power plant of 536 megawatts, 720 annual charging hours, natural gas and diesel.

Supporters for the plant during the hearings came mainly from local unions, citing job creation as a major benefit to the local economy.

James Nester, a sheet metal worker with Local 38, said he and workers like him depend on jobs created through projects like the Danskammer plant.

â€œWe construction workers rely on jobs, well-paying jobs like this, to support our families, so I support that,â€ Nester said.

Opponents, who represented the vast majority of speakers in these public hearings, argued that the plant is not only useless in meeting the Hudson Valley’s energy goal, but is in conflict with the Climate Leadership and Community Protection Act.

“This plant would clearly be incompatible with the greenhouse gas reduction targets enshrined in the climate law,” Carlock said. â€œNeither does New York need the Danskammer project to meet customer load or to balance the integration of renewables. Synapse has discovered that New York can reliably meet all of its system needs and its projected needs into the future through renewable energy, battery storage [inaudible] and do it at a lower cost than building the Danskammer factory, â€she said.

Area resident Melissa Hoffman spoke out against the plant.

â€œI am angry that New York is ignoring the needs of people already affected by climate change and water pollution from the fossil fuel industry. I think we can do better to stop the devastation of climate change and move away from all fossil fuels, â€she said. “I know that a cleaner, safer New York is possible, a New York where the fossil fuel industry does not force people to choose between jobs and protecting the environment.”

The PSC always accepts public comments which can be directed to the Hon. Michelle L. Phillips Secretary Board on Electric Generation Siting and the Environment, Three Empire State Plaza, Albany, NY 12223, or www.dps.ny.gov, then search for comments 18-F-0325 to submit public comments.

How power tools are helping these women heal