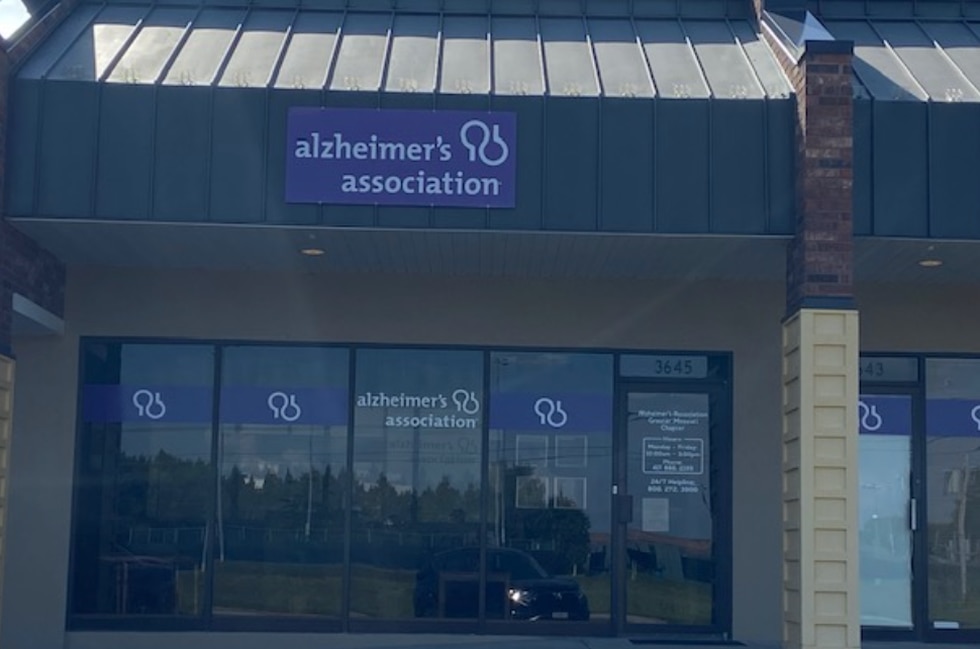 SPRINGFIELD, Mo. (KY3) – Many people may know someone who is living with dementia or Alzheimer’s disease. For friends, family and caregivers, wandering can cause a lot of worry.

Sarah Lovegreen, vice president of programs for the Alzheimer’s Association’s Greater Missouri Chapter, says six in ten people living with the disease will wander at some point.

Lovegreen says that if the person with Alzheimer’s is living alone, it is important for the family or caregiver to have check-in points throughout the day.

“Have an agreed upon time,” says Lovegreen. “Maybe morning phone calls. Maybe another neighbor or family member can check in at noon and then just check in that night are good things to do. Also, just have conversations about their schedule for the day.

Lovegreen says using doorknobs or covering doorknobs with fabric can be a quick thing family members can do. If the caretaker or a family member lives with the person with the disease, they can also add new locks to the doors or put a screen in front of a door that leads outside.

“Putting a high or low door lock on the door can help keep it out of sight,” says Lovegreen.

If possible, she suggests a fenced yard so they can walk around and have space without the risk of straying.

“Re-channeling this into some physical activity can also help decrease the desire to wander if we provide people with these opportunities to be physically active,” says Lovegreen.

Another tip is to store the things you would wear outside.

“Your coat, your hat, those things tucked away where they go rather than hanging from the back of a chair,” says Lovegreen. “It won’t necessarily make someone think oh it’s time for me to go out.”

Seth Harrell helped take care of his mother while she lived at the home. Harrell says her mother’s wandering started around the house, going to different rooms, forgetting where she was and getting lost to return to her bedroom.

“If you walk into the kitchen you can get into some dangerous stuff in there,” Harrell says. “Light the stove, walk away, things like that. We even planned to turn off the circuit breaker that controlled the stove and oven.

However, Harrell says she started to get lost on walks. It was then that he and her father stressed how important it was for her to have access to her phone.

“We put a lanyard on her phone so she could wear it around her neck so it was always there,” says Harrell. “If we couldn’t find her, we could call her and she would ring. It was easy for her to grasp. But it only succeeded when she was physically able to figure out how to use her phone.

“We have a lot of doorbells that can search for motion,” says Lovegreen. “We can also think about seeing when the door locks and unlocks, because we also have an electronic version. Have a conversation with them about it.

Harrell says it can be very difficult for gatekeepers to implement these changes in the house, but the sooner the better.

“You don’t want it to look like a prison even though it could be their own home,” says Harrell. “There are few good options and you need to make safety your number one priority.”

Each case is situational, but Lovegreen says they offer advice for people who keep guns in the home.

“Really have a conversation with caregivers who may have guns in the home to determine what’s best for storage and safety,” says Lovegreen. “There are many safe ways to store them. We also want to ask ourselves if there is a suitable time not to have them in the house at all. “

If they wander, Lovegreen says they often stay about a mile and a half from the house.

“They can talk about the need to visit a family member or the need to go to work,” says Lovegreen. “It can trigger ideas about where the person might have gone. “

They often wander in the direction of their dominant hand.

It is important to keep car keys out of sight if they can no longer drive.

“Someone can forget that they are not driving anymore and can get in the car and walk away,” says Lovegreen. “The next thing you know is they don’t know where they are and they don’t know how to get home. By car, you can go far very quickly.

If they have a history of wandering, Lovegreen says to try to search for them for about 15 minutes before calling the police.

“If you keep looking and can’t find this person, it’s very important to go ahead and call the authorities and get help with this,” Lovegreen said. “If you have a recent photo, that’s really important. As adults get older, we don’t necessarily have this current photo, so a current photo of your loved one can help make the search for a missing person easier.

Missouri State Highway Patrol may issue an endangered money advisory for people with dementia or other cognitive impairments.

The criteria to be respected are:

To report a correction or typo, please send an email [email protected]