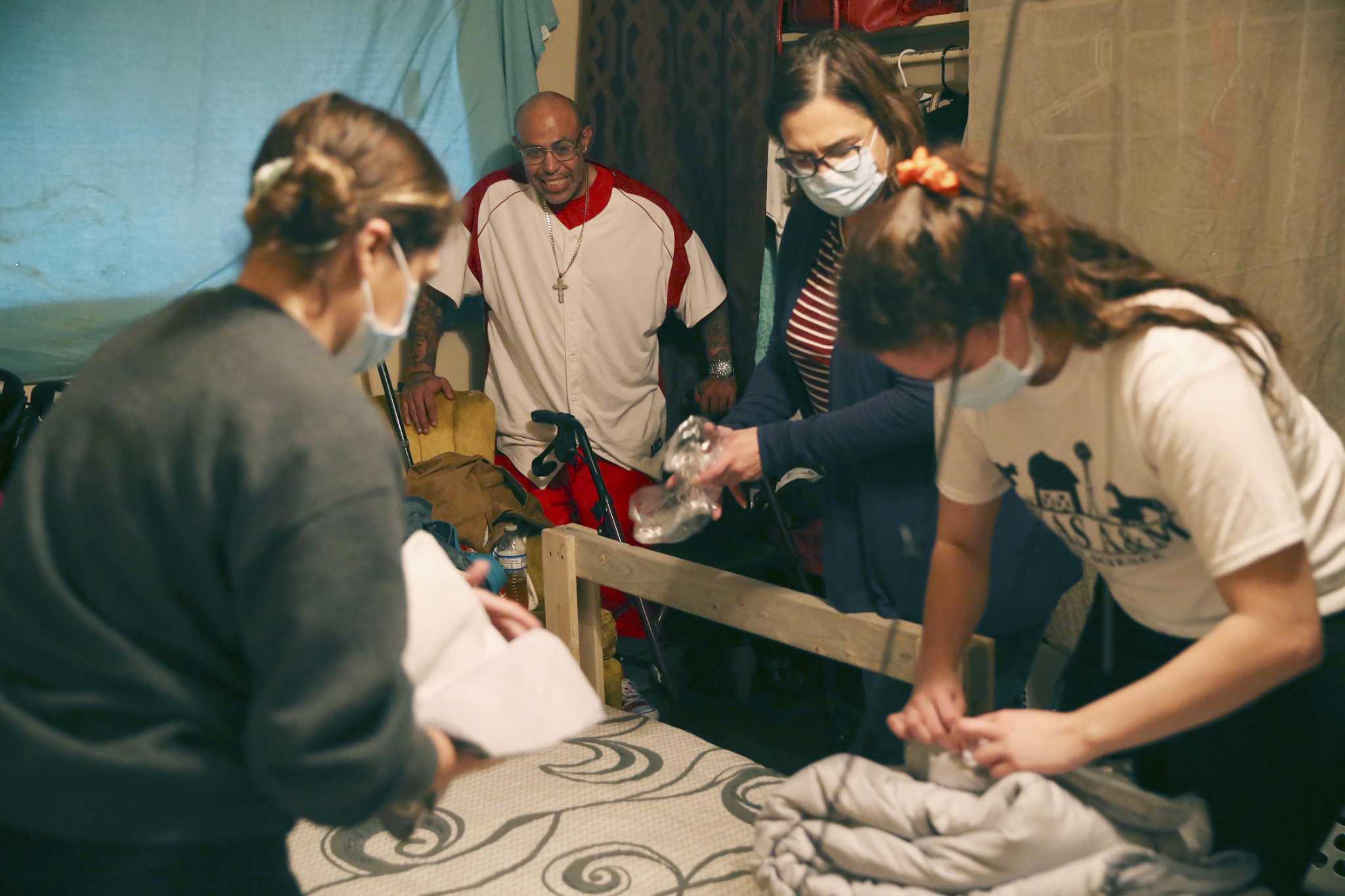 A warehouse on the northeast side was bustling Friday morning with dozens of elves stacking two by fours, filling boxes with blankets and unloading mattresses from trucks.

The “elves” then dispersed across San Antonio in small teams with one mission in mind: delivering beds to families in need on Christmas Eve.

This is part of the annual Christmas bed drive organized by the San Antonio Chapter of Sleep in Heavenly Peace, a non-profit organization that seeks to provide twin beds for children in need.

Eddie Arnold, a local medic and chapter chair, observed the commotion in the warehouse and directed the teams to the families they would be visiting.

The organization was on track to deliver 217 beds on Christmas Eve, bringing its total to 2,500 beds since launching four years ago.

The Castro family, who live in a small one-bedroom apartment in the southwest, were among 217 families who received beds on Friday.

Ovidio Castro, 41, stood there watching a team of five put together two twin beds in his bedroom, in which he, his wife and their two children would take turns sleeping.

Clifford Rath is a longtime Sleep in Heavenly Peace volunteer and has been called a ‘one man pit stop’ when it comes to quickly putting up the beds.

With a belt full of power tools, he and fellow volunteer Brian Mylar worked quickly to assemble two twin beds – complete with a mattress, sheets, pillows, and comforters – in Castro’s bedroom.

Rath said he volunteers to deliver and assemble beds for the nonprofit every year, as it’s gratifying to see people who might never have had a bed stretch out in a for the first time. Her phone is filled with pictures of smiling children, proudly sitting on their freshly made beds.

“It’s especially special for small children, but have you ever seen a 19 year old get a bed for the first time in their life? ” he said. “I did, and it’s pretty awesome.”

Sleep in Heavenly Peace has no financial criteria for those who wish to request a new bed – they are trying to meet a need in the community, Arnold said. No questions asked.

“Well, there’s a question we always ask,” he said with a smile. “Do you want your beds to be bunk or not?” “

Annie Blanks covers the city of San Marcos for the San Antonio Express-News. She previously covered local government in the Florida Panhandle for USA TODAY and is originally from Macon, Georgia.

What time is The Repair Shop at Christmas on BBC One?

Don’t become the victim of theft during the Christmas holidays