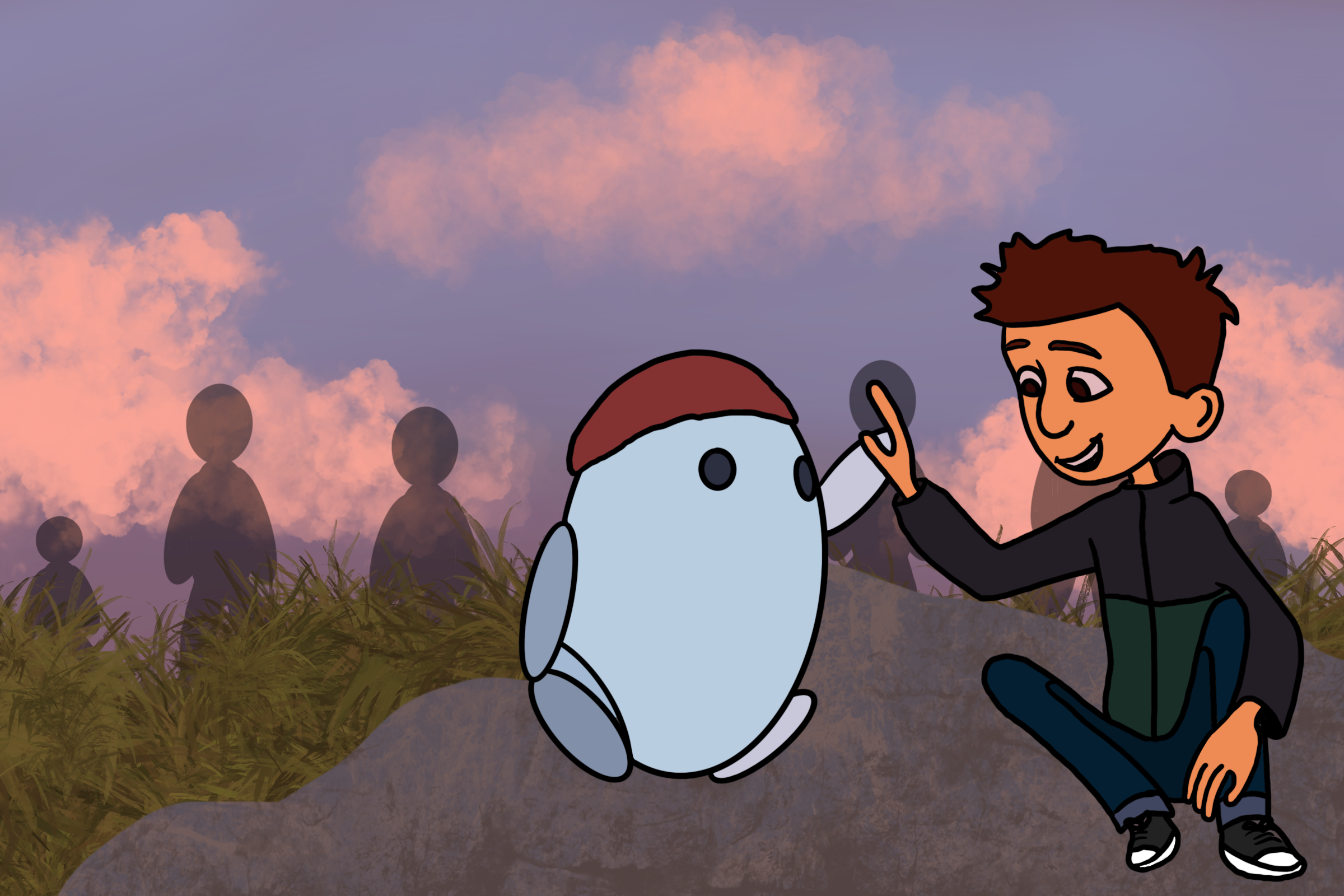 Not all children’s films have something for adults. They can’t all be an â€œInside Outâ€ or a â€œSoulâ€, themes that I still think about regularly. But among children’s films, there is a gulf between those who respect their audience and those who don’t. In Locksmith Animation’s “Ron’s Gone Wrong”, the creators seemed to think ignoring structural weaknesses and bad jokes wouldn’t be a problem. But despite the belief that kids will love anything animated with poor humor, scenes of robots beating people up cannot replace a thoughtful story. Even a young audience loses interest when a film lacks depth.

The film follows Barney (Jack Dylan Grazer, “It”), a schoolboy without friends. He’s the only kid in his class, and possibly in the world, who doesn’t have a B-Bot. These oblong, dog-sized robots have the functions of an iPhone, as well as the abilities to track their owners and give high fives. When Barney’s dad breaks down and gets him a B-Bot later dubbed Ron (Zach Galifianakis, “Between Two Ferns: The Movie”), it’s sadly broken: he can’t connect to the “Bubble Network” , which means he can’t find friends for Barney like he’s supposed to. Barney decides to teach Ron to be his friend after his lack of anti-violence programming allows him to attack his tyrant. Meanwhile, Bubble, the company that makes the robots, tries to find Ron.

So it’s supposed to be about friendship, right? Clearly, although there is an important nuance of â€œsocial media is evilâ€. But the film’s message of friendship is never obvious, stripping it of its potential impact. The movie suggests that making friends with a robot is problematic, that becoming friends with a robot is not good either, that friendship is a two-way street (even if one of the friends is a robot) and that social media is the cause of problems like bullying and loneliness. But he never commits to any of these themes.

Perhaps the most confusing of the film’s mixed messages is that friendship is precious, but social media connection isn’t. The purpose of B-Bots was to find friends for their owners. The climax of the movie, however, results in the robots losing this ability. They can act like friends themselves, like Ron might, but cannot connect people with each other. The message emerges that being friends with a robot is more valuable than finding a friendship through social media.

The most interesting parts of the story are those of the Bubble Tech company. CEO Marc (Justice Smith, “The Voyeurs”) said his original vision for robots was for them to be friends to their owners, not social media devices. Bots, as they are, cause the same problems as any social media outlet – their owners become obsessed with subscribers and go viral. But Ron, who acts like a friend instead of an iPhone on wheels, is also a problem. What makes him able to be Barney’s friend and for them to have fun together is, at least in part, his violence.

Of course, a children’s movie prefers a happier ending than “humans inherently cause trouble, no matter what technology they have.” The violence and isolation caused by Ron’s broken programming is forgotten when all other B-Bots are reprogrammed in this way. The resulting “everything’s perfect now” ending is particularly unsatisfying as issues like Ron’s violence and Barney’s lack of human friends were never resolved. Any cute scenes or decent jokes are outnumbered by the jokes that fail and the conflicting posts on tech and social media. There are films that offer something meaningful to children and adults alike, but the rambling story of “Ron’s Gone Wrong” is not one of them.