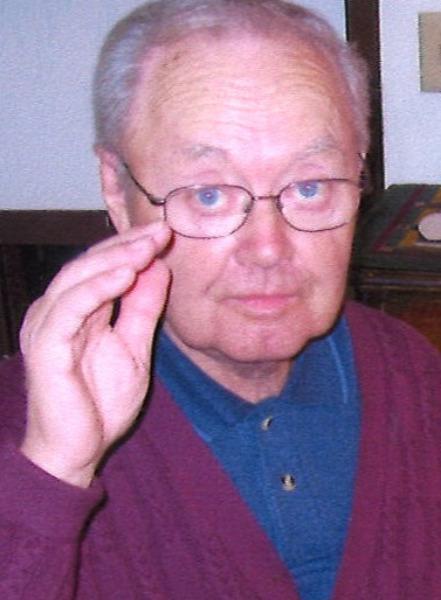 1 p.m. Wednesday, June 29, Brosh Chapel and The Avacentre, located at 2121 Bowling St. SW., followed by a reception and time to greet the family from 2 p.m.

3:00 p.m. Private family burial will take place at a later date at the Czech National Cemetery.

Richard was born on February 17, 1932 in Cedar Rapids, the son of Albert V. and Elsie (Gregor) Fisher. He grew up in Czech Village with four brothers, graduating from Wilson High School. He loved baseball, playing for Wilson and pitching in the M&J and American Legion leagues. Richard was a proud American Marine, serving with Corsairs and Sky Raiders during the Korean conflict. Semper Fi! He met Donna Crossett when she served him ice cream at the Davis Dairy. They married at Trinity Methodist Church and celebrated their 69th birthday on May 26. They settled on the southwest side of Cedar Rapids to raise their family, then spent 30 years living at Lake MacBride before returning to Cedar Rapids.

Dick was a union sheet metal worker for over 42 years with Grissell Company. Practice

doors in all weathers, often hanging from scaffolding and rooftops, his craftsmanship can be seen on buildings throughout eastern Iowa. An active member of Trinity United Methodist, he served the church as president of the Men’s Club and in many other ways. He played parish league softball, golf and bowling. He was also a member of the Sheet Metal Retirees and the Cedar Rapids Minor League Baseball Booster Club. Above all, he loved fishing, Lake MacBride (every day!) and Lake Kabetogama. He especially enjoyed paddling around Lake MacBride with his friends and family, and traveling to California with his grandsons.

His parents predeceased him; her brother, Charles Fisher; and his sister-in-law, Betty Fisher.

Memorials may be addressed to the Cedar Rapids Parkinson’s Foundation or the Hospice of Mercy on its behalf.

Her family gives heartfelt thanks to her caregivers, including the VA, Hospice of Mercy, Brightstar, ProMedica, Mercy Palliative Care and especially Dr. Tammy O’Brion and her staff.

Online condolences can be expressed to the family at www.broshchapel.com.