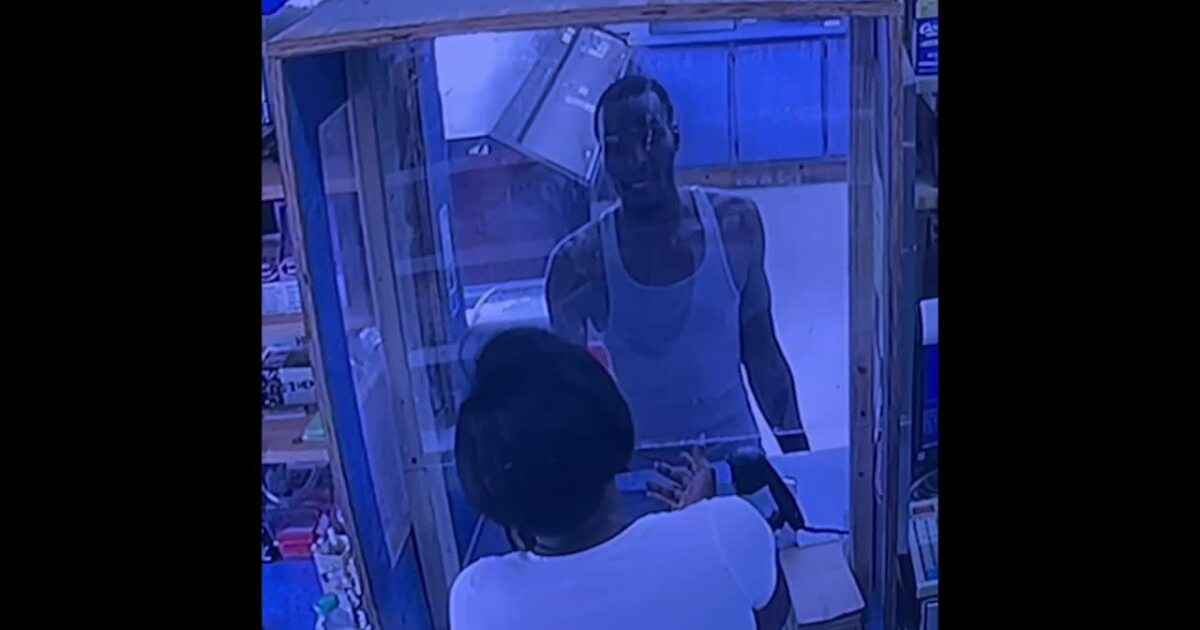 Opelousas Police are asking the public for help in locating a man wanted in connection with catalytic converter thefts and also in trying to identify a man who allegedly unloaded a gun near a business.

James Thompson of Opelousas was involved in two separate incidents, each involving activity related to theft of catalytic converters, according to an OPD spokesperson. During the second incident, in June, Thompson was arrested for a license plate violation and found in possession of several catalytic converters and power tools commonly used in their flights. Police also found various illegal narcotics in his possession, but police said Thompson fled before he could be taken into custody.

In an incident in February 2021, police said Thompson was observed under a vehicle by a witness who identified him as having recently tampered with a neighbor’s vehicle. A vehicle belonging to Thompson was found near the incident, which police said also contained a catalytic converter and various illegal tools and narcotics. The investigation is ongoing. Thompson is currently wanted on the following counts:

Second, police also need help identifying a wanted person for allegedly illegally discharging a firearm near a local business on South Railroad Ave. June 26. Officers responded to the company after an employee called to report that after having a verbal disagreement with a customer, the customer walked out of the store and fired several handgun shots.

Attached is a photo obtained from the surveillance of the store:

Anyone with information regarding the whereabouts of James Thompson or the identity of the person involved in the firearm incident should call the Opelousas Police Department at 337-948-2500, crimetips @ opelousaspd .com or via Crime Stoppers at 337-948-TIPS.

To join the newsroom or report a typo / correction, click HERE.