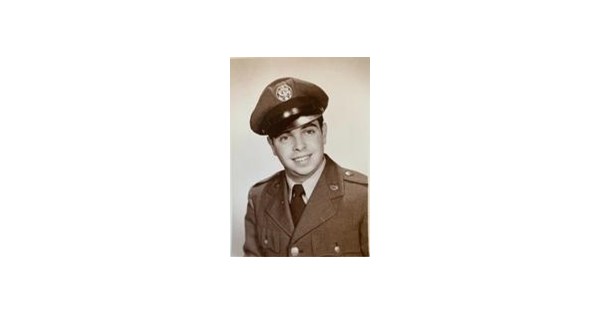 By George N. Coburn Last updated Dec 2, 2021
Share
Pierre J. Bruno
June 2, 1931 ~ November 19, 2021
Monterey, California
Peter J. Bruno, 90, died Friday afternoon, November 19, at the Monterey Peninsula Community Hospital of a heart attack. Peter was born on Monday June 2, 1931 to his parents Gus “Cosimo” and Rose Bruno at the Monterey Hospital on Hartnell Street in Monterey, California. Peter graduated from Monterey High School in 1949.
After graduating, Peter entered the Air Force as an aircraft structural maintenance specialist. After spending several years working sheet metal in the Air Force, he decided to continue honing his trade and served as an apprentice for four years before becoming a full-time sheet metal worker on the peninsula.
In November 1954, Peter started dating Angie Compagno, who worked at FW Woolworth’s candy counter on Alvarado Street. They became engaged the following June and were married on September 4, 1955 in the Cathedral of San Carlos. Peter and Angie had two children, Gus Peter and Debbie Ann, born fifteen months apart.
During the summer months, Peter fished in Alaska with his father. He eventually bought his own fishing boat, which he named “Lady Angie”.
In 1988 Peter retired from his sheet metal job, although he continued to fish in Alaska until the early 1990s. He spent his retirement working in his garden, playing golf on various courses. around Monterey Bay and spending time with her three grandchildren: Angie Bruno Aliotti, Amanda Otmar Sisson and Christopher Otmar. Peter was also an active member of the Italian Catholic Federation and would volunteer to host the seasonal Lenten dinners in San Carlos.
Peter was predeceased by his son Gus P. Bruno, who died in 1989. He is survived by his immediate family: wife of sixty-six years, Angie R. Bruno of Monterey; daughter, Debbie A. Otmar (Douglas) of Salinas; daughter-in-law, Marie Aliotti of Monterey and brother, Gus Bruno (Linda) of Monterey. Peter is also survived by his three grandchildren and two great grandchildren: Angela Bruno Aliotti of Monterey, Amanda Sisson (Michael) of Salinas, Christopher Otmar of Salinas and Audrey and Owen-Peter Sisson of Salinas.
Tours run from 3:30 p.m. to 5 p.m. with the recitation of the Rosary at 4 p.m. at the Paul Mortuary in Pacific Grove on Tuesday, November 30. The funeral will be held at San Carlos Cathedral at 9:00 a.m. on Wednesday, December 1.
A memorial donation in his name made to San Carlos Cathedral (500 Church St, Monterey, 93940) will be sincerely appreciated by his family.