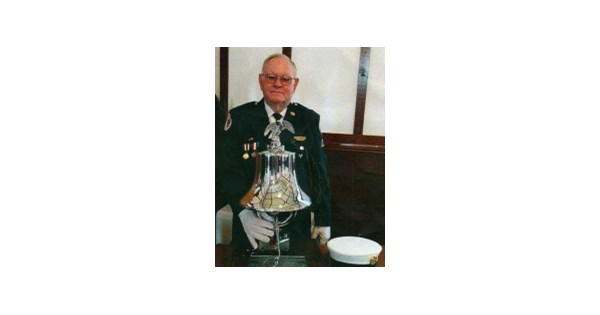 Essel “Ted” Theodore Farlow, Jr., 78, of Pittsville, passed away on Tuesday November 16, 2021 at Tidal Health Peninsula Regional in Salisbury. Born in Salisbury, he was the only child of the late Essel Theodore Farlow, Sr. and Doris Jones Farlow.
Ted has had many and varied occupations in his life. He raised chickens and turkeys in his youth, wrote program books for standard breed breeds throughout the Mid-Atlantic, and spent several years as a steelworker. He is best known, however, as a master carpenter. He rarely used plans, preferring instead sketches made on a notepad. He was especially proud of having built nearly all of the exhibits that once stood at the Chesapeake Fire Museum.
Ted has dedicated his life to serving others and has been a member of many organizations over the years. At various times he was a member of the Order of DeMolay, the Pittsville Lions Club, the Toastmasters and the Pittsville Band Boosters. He was a member for 25 years of Wicomico Lodge # 91, AF & A.M., A member of both York and Scottish Rites. He also served several terms as commissioner for the city of Pittsville.
But above all, he was a firefighter. He joined the Pittsville Volunteer Fire Department in 1963 and served for 58 years until the time of his death. His father and grandfather were both firefighters, as were his two sons, and he was recently honored to introduce his granddaughter, Rayne, to the Pittsville Fire Department as the fifth generation to perpetuate the tradition.
Ted held almost every elected and appointed office that could be filled in the ministry, including that of president and chief. He has spent countless hours at the fire station making calls, meetings and fundraising. He spent several years as treasurer of the Wicomico County Firefighters Association and served on numerous committees for that association as well as the Maryland State Firefighters Association. He was a founding member of the Firefighter’s Historical Foundation in Delmarva and one of the organizers of the Great Salisbury Firemen’s Muster. In 2005, Ted was inducted into the Historic Firefighters Foundation Hall of Fame, and in 2015, was inducted into the Maryland State Firefighters Association Hall of Fame.
Ted was an avid sports enthusiast who barely slept the week before the first day of white-tailed deer season. He was savoring the morning cold blindly, with the geese and ducks talking just before dawn. He also liked the hiss of dove wings above the open field.
Ted is survived by his beloved wife of 52 years, Susan Elaine Farlow; two sons, Essel “Tad” T. Farlow, III (Roseanne) of Pittsville and Michael W. Farlow (Michelle) of Snow Hill; three grandchildren, Rayne Farlow of Pittsville, Ruby Farlow and Violet Farlow, both of Snow Hill.
A celebration of Ted’s life, which will include a Masonic memorial service, will take place on Sunday, November 28, 2021 starting at 2:00 p.m. at the Pittsville Fire Department. There will be a visit from 12 noon. After the service, there will be a burial with honors from the fire department at the Pittsville Cemetery. The officer will be Reverend Roger Kondrup.
In lieu of flowers, contributions can be made in his memory to the Pittsville Fire Department, PO Box 387, Pittsville, MD 21850.
Arrangements are being made by Holloway Funeral Home, PA, 501 Snow Hill Road, Salisbury, MD 21804. Please visit www.hollowayfh.com to express your condolences to the family.
To send flowers to the family or plant a tree in memory of Essel “Ted” Theodore Farlow, Jr., please visit our Tribute Shop.