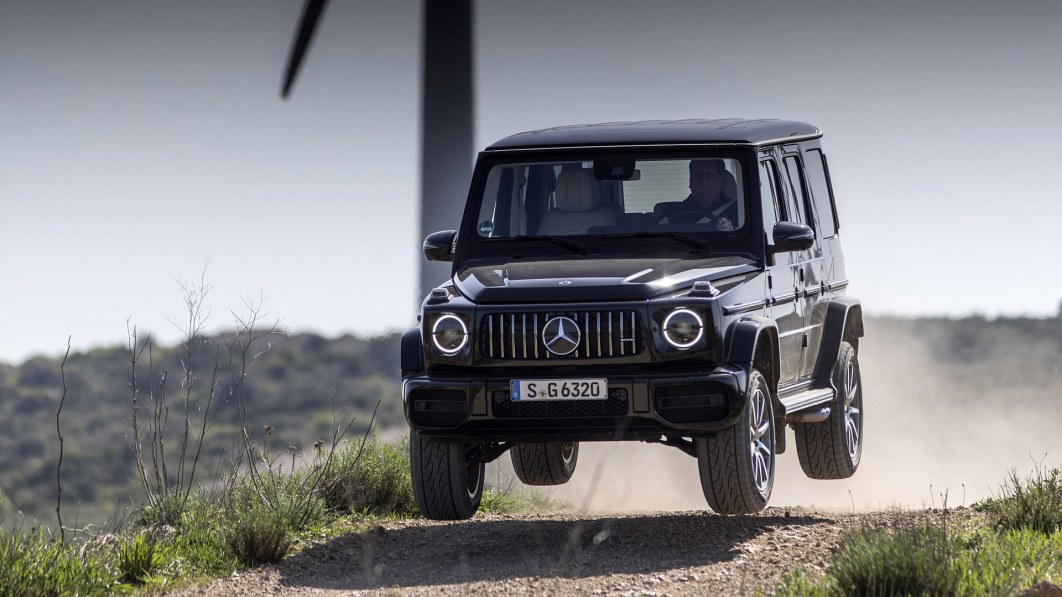 Mercedes-Benz will illustrate how it plans to add the G-Class to its growing portfolio of electric cars at the upcoming Munich auto show, according to a recent report. It would unveil a concept close to production called EQG.

Without citing sources, passionate German site MB Passion wrote that the EQG will break cover as an experimental design study that will be closely tied to the gasoline-powered G-Class (pictured) currently in showrooms. It’s reasonable to assume that at least a handful of powertrain-specific styling cues will set the two models apart; the difference between the EQB and the GLB it is based on might indicate what to expect from the bigger, more boxer EV.

The publication adds that the Geländewagen won’t lose an ounce of its famous off-road prowess in its transition to an electric car. It will offer locking differentials and a transfer case, features uncommon in the EV cosmos. The energy would come from two electric motors (one per axle) that would draw electricity from a 108 kilowatt-hour lithium-ion battery pack to zap the four wheels of about 500 horsepower. The target range is around 310 miles.

As is often the case, EQG will be just a name concept. Insiders say it will hit showrooms by 2023.

Mercedes-Benz did not comment on the report and did not detail its lineup for the Munich auto show, although it did announce its intention to make the G-Class electric in 2019 and said the model was “in a few years”. “in 2020. If the rumor is correct, additional information on the EQG concept will emerge in the coming weeks.

The EQG isn’t the only G-Class derivative Mercedes-Benz has in the pipeline. Spy photos taken in late 2020 strongly suggest that the unrestricted G-Class 4×4 Squared will make a triumphant return in the near future. Like its predecessor, it will offer more than a foot of ground clearance thanks in part to portal axles and massive wheels.