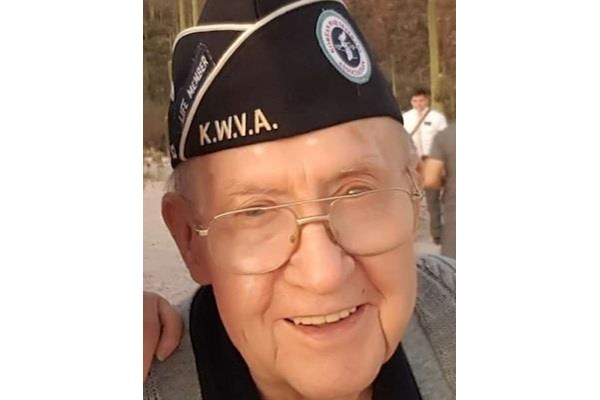 was called to heaven on January 29, 2022 at the age of 93. He was born and raised in Rushville Indiana. Growing up, he participated in football, basketball, and track and field. After a year at Purdue University, he joined the military and was deployed to Korea during the Korean War. In 1954 he married his sweetheart Jo Ann Alexander and had seven children, Timothy, Joseph, Steven (deceased), Phillip, Karen, David and Connie. In 1969 Dick moved his family to Tucson, AZ where they purchased a locksmith business. Dick enjoyed sports, reading, spending time with his family, was active in his church, participated in various Korean War Veterans Associations and the Military Order of World Wars. He was national director of the Korean War Veterans Association. and served on the Tucson Chapter Memorial Committee. He is predeceased by his parents Maurice W. and Wilma C. Wainwright, his wife Jo Ann, his second wife Frances, his brother Robert D. and his grandson Andrew. He is survived by two sisters, Sara and Nancy; one brother, Tom; six children, seven grandchildren, Justin, Catherine, Kevin, Crystal, Christin, Scotty and Kailee, and one great-granddaughter, Cassandra. Dick will be missed for his sense of humor, his generosity, his quick smile, his work ethic, his “Morning Glory” greeting no matter the time of day, his pecan pie and his BBQ ribs. The memorial service will be held Saturday, March 5, 2022 at 10:00 a.m. at Immanuel Presbyterian Church at 9252 E 22nd St. In lieu of flowers, donations may be made to the Endowment Fund-Montlure’s scholarship account at the Immanuel Presbyterian Church or at Honor Flight Southern Arizona.Arrangements by BRING’S BROADWAY CHAPEL.