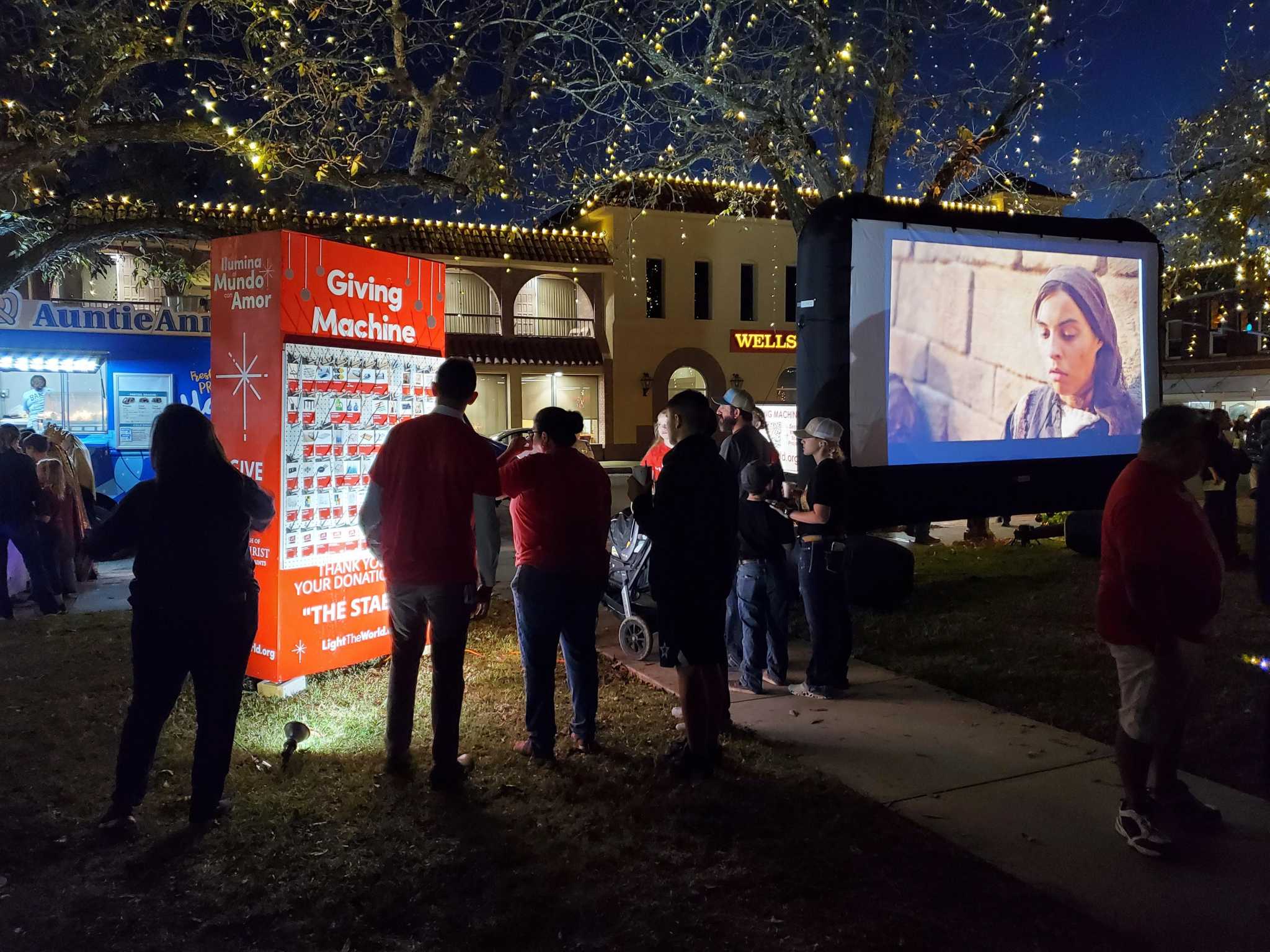 The Church of Jesus Christ of Latter-day Saints released a new video this year promoting its humanitarian aid campaign, Light the World with Love.

He inspired a group of teens from Seguin to help Afghan refugees resettle in San Antonio.

To the music of “Angels We Have Heard on High”, the video depicts scenes from everyday life that translate into a modern “nativity”.

There’s the stranger helping a guy whose truck has broken down. It’s night. The driver tries to peek under the hood. The stranger turns on the light on his cell phone, holding it above them.

He is the star of this nursery.

My favorite streak comes in the final scene. A woman and a child are about to walk past a homeless man lying on a park bench. She stops, takes off her coat and covers the sleeping man.

The initiative asks you to “be a part of the greatest story ever told”.

The teenagers of the Seguin district of the church were moved.

This is where the story takes a predictable Texan turn.

The international campaign raises funds through electronic vending machines called Giving Machines that allow people to swipe a credit card and select an item to donate to charity.

Giveaways range from a goat to an eye exam and a chicken to a manual.

Seguin did not have a Machine to Give. San Antonio either. Texas neither.

Only 10 Giving Machines are installed in the United States, although contributions can be made online to local charities involved in these 10 cities.

Members of the Seguin youth group – including Charlie Taylor, 16, Jordan Johnson, 16, Anthony Buchanan, 18 and Nikolaus Mahlstede, 17 – were not happy with this.

Armed with power tools, plywood, and 2 by 4s, they set out to build a Texas Giving Machine. It is 8 feet high, 4 feet wide, 2 feet deep; sits on wheels; and – again, since it’s Texas – has made appearances in a few holiday parades before.

Because the church has partnered with Catholic charities and other local organizations on various projects, the Texas Giving Machine is raising funds specifically to provide essential household items for apartments being prepared for Afghan refugees. relocating to San Antonio.

They are part of modern nativity history, and the name of the project makes that connection.

The Seguin Ward Youth Stable Project has a Facebook page where updates are announced. Her goal was first to provide enough household items for a half-apartment. Then the goal was extended to an apartment.

Bird says the project now has enough to provide 20 apartments and has set a goal of more than 100.

This may be a reflection of the exuberance of the youth but also of the growth of the Mormon population in the region.

For example, December marks the 100th anniversary of the church’s first congregation in San Antonio, which began with 15 people.

Today there are approximately 28,000 members in San Antonio who worship in 25 places of worship.

This does not include Seguin, where the story of the Texas Giving Machine began.

The machine is certainly not as sophisticated as its global counterparts. There’s no way to swipe your credit card, but you can use your smartphone to scan a QR code for all 72 items on the list.

The codes are linked to an Amazon.com registry maintained by a religious group in Georgia, which monitors it and researches sales.

A group of young girls from the Seguin neighborhood also takes care of sorting items from across the country.

The registry lists the most essential items a family will need. The more expensive the beds, the cheaper the bags of clothespins.

When I looked at the register on Friday afternoon, the first item listed was a teapot – an item of the utmost importance, especially to an Afghan family. It costs $ 14.41.

The machine is located at First United Bank during the day. Items can also be deposited at the bank.

Last weekend, the machine made an appearance at the San Antonio Welcome Walk Race in honor of the refugees. Mayor Ron Nirenberg spoke to the young people of Seguin about their project.

It was also there that they met a few Afghan families, including a widow with seven children who lives in an apartment with few things, Bird said.

The group made an “instant connection” with another family and invited their members to a Christmas party. They sat around a bonfire in communion.

The bishop stopped several times speaking of the young people, overcome with emotion.

“They don’t know the impact they are having on these families, but they feel it and want to continue,” he said.

The adolescents involved can learn more about Afghanistan in the process.

“I think those stories will come later as we connect with families,” Bird said. “But I don’t think it’s the driver. This group just wants to serve.

He said other people were involved, including people making pillow cases and collecting toothbrushes.

After Christmas, Bird believes the project will receive the larger pieces of furniture needed. These donations are behind schedule.

Together, they make the Church’s message of a modern nativity a reality.

They prepare the stable.