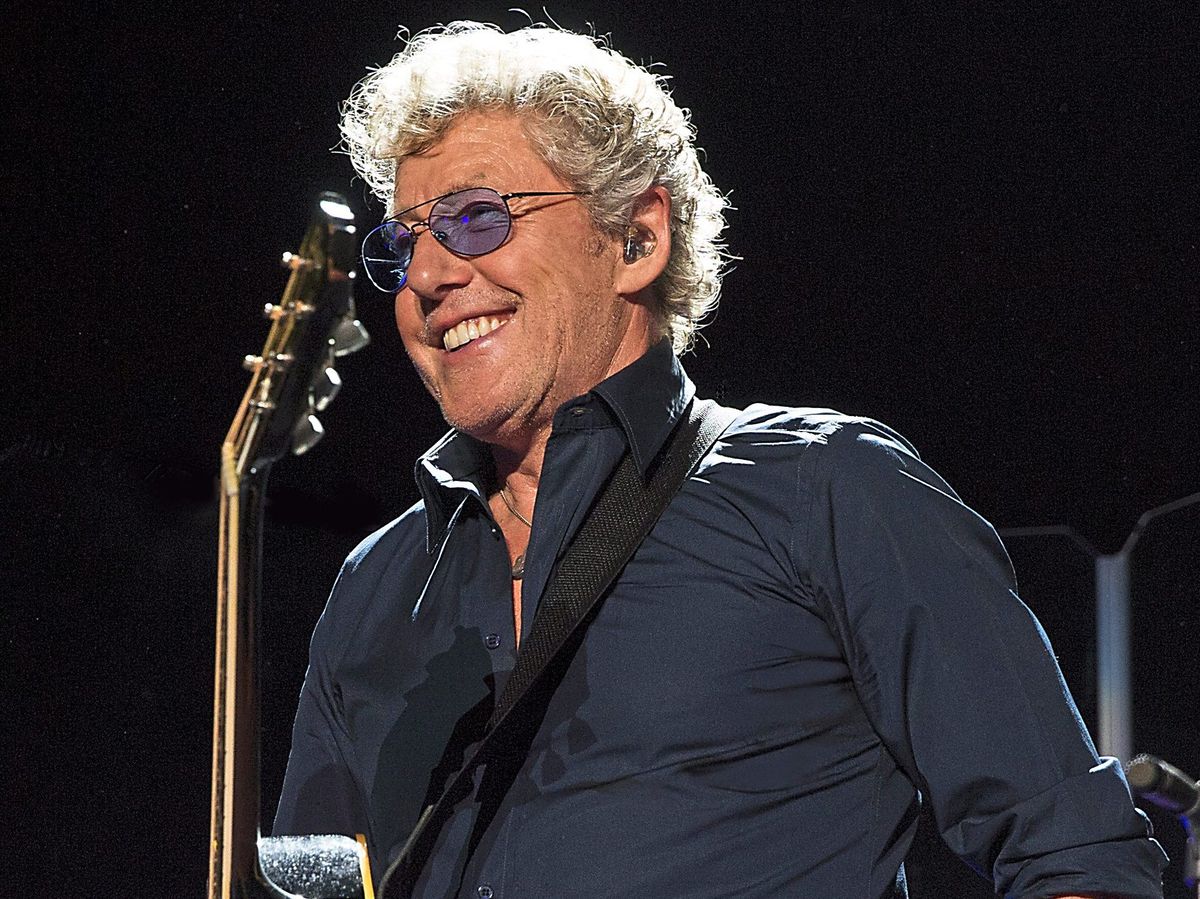 The icon behind The Who is one of the greatest, most successful and most beloved rock ‘n’ rollers of the past 50 years.

The group he and Pete Townshend led with bassist John Entwistle and drummer Keith Moon has grown into one of the most influential rock groups of the 20th century, selling over 100 million records.

They developed the Marshall Stack, opened the doors to hard rock, punk rock and mod and in addition to creating Tommy and Quadrophenia made iconic appearances in Woodstock, Isle of Wight and Leeds.

Pearl Jam frontman Eddie Vedder best described their influence on rock music when he said: Debris for the rest of us to claim.

Among those they influenced were MC5, The Stooges, The Ramones, The Sex Pistols, Green Day, The Jam, Blur, Oasis and even Guns’n’Roses.

So, on a quiet fall day, the Rock’n’Roll Hall of Famer Roger Daltrey might do something other than sit down to discuss his next tour: Who Was I?

Still, he’s eager to discuss a project that begins November 7 at Birmingham Symphony Hall and lasts for a month. A return to the scene can’t come too soon for the legend of The Who.

â€œThe truth is, singers need to sing,â€ says Roger. “Use it or lose it. Throughout my life I have sung with so many great musicians, from the heavy rock of The Who and Wilko Johnson, to the Irish melody of the Chieftains. On this tour, I want to take the audience on a musical journey through my singing career, with a show of songs and sounds that explores and surprises.

â€œI look forward to having a closer contact with my audience than the festivals and arenas allow. Allow time to discuss. It’s important to get our road crew back to work, without these guys the hallways would become quiet.

â€œIt’s also clear that live music is an important part of all of our lives, something to free us from the groundhog days that life has become.

“This pandemic made me realize how much singing is such an important part of me and it determined me to get back on stage as soon as possible.”

The show, which will feature a unique blend of music and conversation, is built around Roger’s musical journey and encompasses almost every style imaginable – including blues, rock, country, soul, and metal.

During the evening, he will delve into his incredible back-catalog by drawing on his nine solo albums, his album with Wilko Johnson and even reinterpreting some classics and rarities of the Who.

This is a show for true music fans and will give a unique insight into how all of these great songs came to be; what were the influences and where were the sounds coming from?

As with everything Roger does, it will be totally real and genuine and a lot going on – a plethora of songs with a few questions answered and rock ‘n’ roll stories along the way – nothing called out.

Daltrey is thrilled that the project gave him a reason to delve into his back catalog. He has traveled in recent years to parts of the past that might otherwise have been forgotten.

â€œI started reading my old catalog of my very first solo albums. It started out as a hobby, something to do while the Who weren’t working. And that made me think I would go on a tour.

“It can’t be The Who without Pete, it would never be the same again.” But I thought I was going to go out and do a few Who songs differently, so that people would feel like they were hearing things for the first time.

The show won’t just be a throwback to its glory days in The Who. He will also explore his remarkable record with Wilko Johnson, Going Back Home, released in 2014.

The public will also have the opportunity to interact.

â€œI’ll take questions from the audience, if they want to leave one in a hat. We will remove them when we are on stage to see what they offer and if they are responsible.

â€œIt’s going to be great to play in places that aren’t stadiums or arenas. I look forward to making contact with the public.

â€œI am happy to put the road team back to work because they have been through a very difficult period. And my number one priority is to make the voice work.

“The Who aren’t scheduled to be released until next spring and I can’t promise you I’ll have a voice if I don’t sing by then.” So I’ll do my best with it. I’m going to come in with my eyes closed and sing with all my heart and have fun. It should work. We have great music to choose from.

Daltrey has had a remarkable career. He broke through with The Who in early 1965 when their first hit single, I Can’t Explain, crashed into the charts. For a while, he was exiled, after beating drummer Keith Moon for supplying drugs to Townshend and Entwistle.

He was later re-admitted to the group, but only on condition that he accepted that there would be no further explosions or violent assaults. He lined up, thinking he’d end up as a sheet metal worker rather than a rock’n’roll star if he lost the gig.

“I remember we released a record and that was all I wanted to do.”

The recording with Wilko was a highlight. â€œThis Wilko album was awesome. You can’t make up this rock story. It was at a time when Wilko was potentially in the last two or three months of his life. He wasn’t going the right way at all, poor Wilks. He could still play but he was in pain. He had cancer and the tumor was very visible.

â€œThey did their tracks in about six days of recording and I did the vocals in a day or two. It was all done within three weeks.

â€œWe didn’t have a recording contract. I had talked to him about making an album for a long time before that. When I found out he was sick, I understood what he was going through mentally. The most important thing for him was to have something to think about, rather than just sitting at home.

“So we made the record without having an agreement and in short, I think this record saved his life.

â€œThe story goes that we did a show on Radio 4, Front Row, with John Wilson interviewing us. We were talking about it and John asks how Wilko was doing. He had cancer and looked nine months pregnant.

“So John said to him ‘What did the doctor say?’ Wilko told him that he was given nine months to a year but he was still there.

â€œThen Wilko told him that he had been told he was going to die and therefore had not returned to the doctors. He had just resumed his life.

â€œA Cambridge oncologist listened and said maybe Wilko had been misdiagnosed and maybe there was a chance he was saved.

â€œThe guy told him he could go on and die in six weeks or he would operate and give Wilko a 15% chance of survival.

â€œSo he did it, Wilko had no choice, and he survived too. It made him diabetic, but he was lucky. So that record saved him. miraculous It was very, very touch and go for a few months.

Stories like this – and legions of stories from his years with The Who – will feature when Daltrey hits the road.

â€œI look forward to these shows. The Who will be back in arenas next year – we’re planning to release in late March, early April in America – so it’ll be good to do them first.

â€œWe have had three tours canceled due to Covid. We wanted to come back this year, but the problem was that all the sites were stacked. It was like waiting for a bus and three million arrived all at once.

â€œThe earliest we can get in is next year. We’re going to bring the show to the UK. I will then be 79 years old. I will if I can sing, but not just to take money from people. I wouldn’t do that. It will probably be our swan song.

â€œI don’t really think about what we did. I receive wonderful letters from people. But most people do what they can for a living. The truth is, most of the people in life are wonderful. It’s only the bad things, however, that make the news. I prefer to focus on the good.