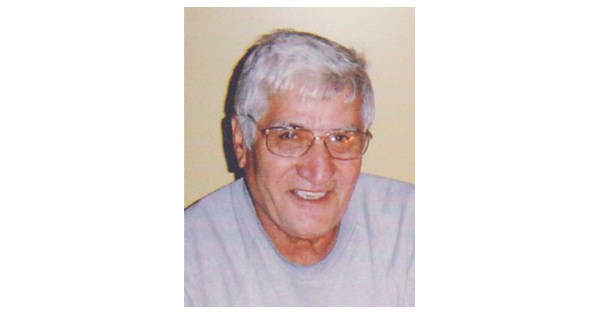 Frank was born in Fort William with his twin sister Carmel on November 2, 1932. A longtime Thunder Bay resident, Frank was avid sportsman and enjoyed watching hockey, football and baseball. He loved watching his grandson Alexander play hockey and soccer; he hardly ever missed a game. He also loved watching his granddaughter Alysha compete in her swimming competitions and perform in her dance recitals. Frank also enjoyed spending time boating during summer getaways at his son David’s camp on Lake Nipissing. Frank was a sports enthusiast himself, playing hockey and ice ball in his youth. He was also a force to be reckoned with in the boxing ring, having won multiple titles.

Frank was also eagerly awaiting calls from his daughter Sharon, from abroad. Talking to Sharon about his experiences allowed him to appreciate and discover places in the world that he has never seen himself.

Frank began his professional career in the construction industry and worked in several trades before becoming a sheet metal worker. He then moved to the Lakehead Board of Education where he worked in various maintenance departments until his retirement in 1997. He often held 2 jobs at the Lakehead Board during the day and installing furnaces at night. Frank was always happy to lend a hand. He would gladly come and arrange anything for any friend or family member who needed him. Always there to help with paint or carpentry jobs or heating issues.

In his later years his main interests were his coffee buddies and of course his family. A simple man with simple tastes is how he would like to be remembered. Frank is survived by his partner Evelyn McKenzie, his children Paul Matarazzo (Connie) Thunder Bay, David Matarazzo (Cathy) Nevis, West Indies and Sharon Matarazzo, London, England, and his grandchildren Alysha Matarazzo (Sudbury) and Alexander Matarazzo ( Thunder Bay). Evelyn’s children, Marty McKenzie (Cheryl), Clint McKenzie (Nancy), Heather Jose and Leslie McKenzie along with their children and grandchildren, also survive. In addition, Frank is survived by his nieces, nephews and cousins. He was predeceased by his parents Frank and Asunta Matarazzo, his brothers Rocco Matarazzo and Louie Matarazzo, his twin sister Carmel Rojik, his niece Louise Harrison as well as many uncles, aunts and cousins.

A funeral service will be held at St. Elizabeth’s Church on Thursday, December 2, 2021 at 11 a.m., (of which Frank was a life member) 766 Sprague St. For anyone attending the service, be aware that all Covid-19 restrictions will be applied in accordance with the Ontario ordinance. To attend the service, please confirm your attendance at (807) 621-2880.

Interment will take place at a later date in the family plot at Saint-Patrick cemetery. In lieu of flowers, donations to the Heart and Stroke Association, St. Joseph’s Hospice, the Canadian Diabetes Society or any charity of your choice would be appreciated.

Online condolences can be made by
www.nwfainc.com

Published by the Thunder Bay Chronicle Journal on November 27, 2021.