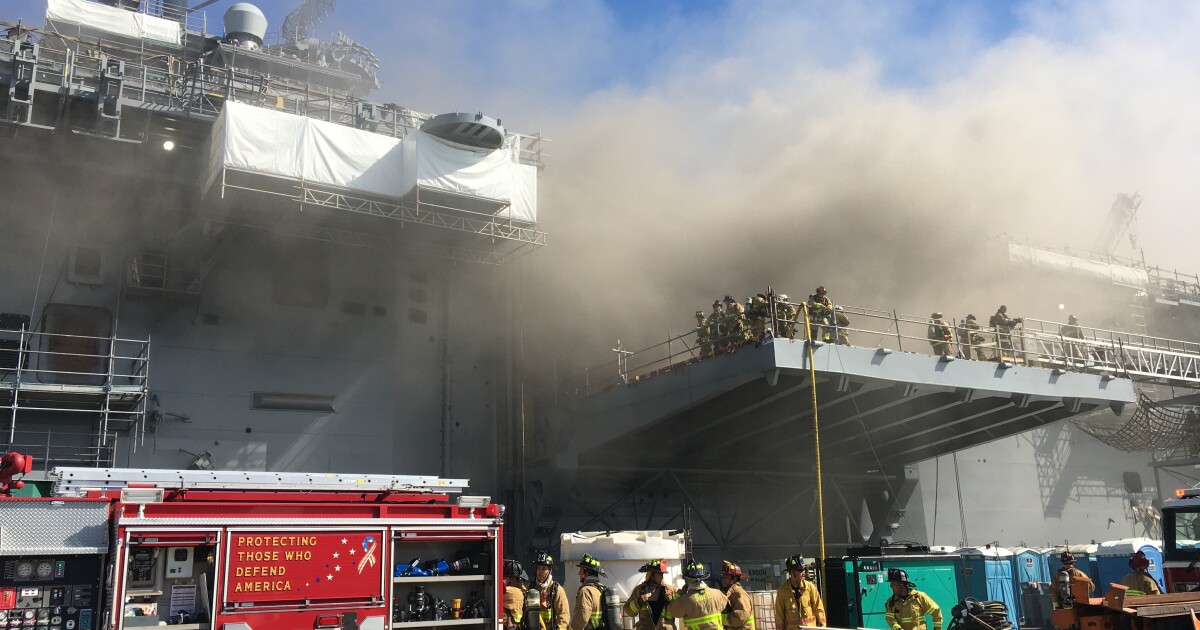 SAN DIEGO (KGTV) – Wednesday marked the third day of court hearing for the 20-year-old sailor accused of setting fire to the warship USS Bonhomme Richard in the summer of 2020, injuring at least 70 people.

ABC 10News cameras were not allowed inside the Naval Base San Diego courtroom for Sailor Ryan Mays’ preliminary hearing, which will determine if there is enough evidence for the case goes to trial.

The defense called a forensic engineer on Wednesday who showed photos of the post-fire, including images of damage to wiring called arcs. He also showed footage of damaged lithium-ion batteries. He said the wiring and batteries could not be eliminated as the causes of the fire.

Batteries, he added, are found in everything from electric bikes to power tools, and are known to be one of the most common products for starting fires.

Two fellow sailors testified. One of them said that when the fire started he remembered seeing not only Mays but also an African-American man whom he had never seen again. Another sailor described speaking to other sailors days after the fire, one of whom said he saw someone in a suit with a mask and bucket enter the lower ‘V’ storage area before the fire, where officers believe the fire has started. The sailor who testified also added that he believed the person depicted could be Mays since Mays was also wearing coveralls.

At the end of the day, a defense arson expert said his findings differed from those of federal agents. He said the cause of the fire is still undetermined and it cannot be concluded that it was a fire.

Last August, unsealed documents revealed possible sabotage of firefighting efforts and tampering with evidence. A separate Navy report concluded that there had been sweeping failures of both crew and command, calling the fire preventable and unacceptable.

The hearing is still ongoing. This story will be updated.