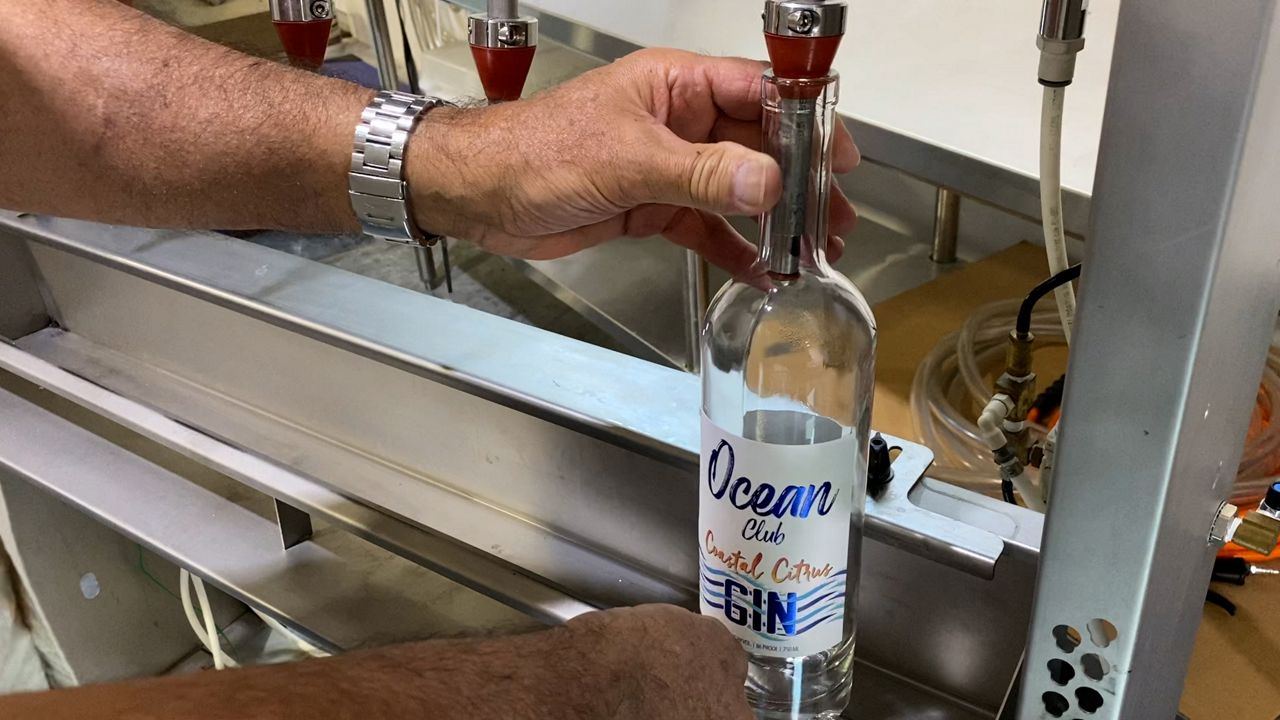 Distillers struggle to obtain glass bottles for their spirits

BREVARD COUNTY, FL – Halloween spirits aren’t the only thing that haunts distillers this October. For several weeks now, many of them have been wondering how to get their spirits to customers with another pandemic challenge: glass bottles.

COVID-related difficulties have forced some, like Ron Folino, owner of the Cape Canaveral-based company Oceanside Distillery, be creative in order to get things done.

â€œDue to the logistical situation that has unfolded since COVID-19 affected America, we have not been able to get our American bottles,â€ Folino said. â€œIn fact, when we finally got a call about our purchase order, they told us they were going to outsource the product to India.â€

Folino said they had been suffering from this headache since July. It wasn’t long after Oceanside opened the doors to its tasting room in late May as Brevard County’s premier distillery.

The interior of the business is a fusion of coastal art and Folino’s heritage. His father and grandfather were both stills and their stills are placed in front and center of the wall as they walk through the front doors, a constant reminder and homage to its history.

â€œMy grandfather’s hobby was being a fairly skilled metalworker. He fashioned this receiver, or storage unit, from a copper bucket. He actually built the still out of a different kind of container, â€Folino said.

Grappa was one of the best things his grandfather made, Folino said.

Decades later, he now takes over the family legacy with this new business, but noted that having to move from an American supplier to a French bottle maker was not what he had planned for the company. .

â€œNow that didn’t come without a little extra, but as you can see the bottles arrived on time, when they said they were going to be here, a container for us and it took less than a month and a half, where the other company could not deliver to us, even if we went through a broker, until 2022, â€said Folino.

This shipment of approximately 9,000 glass bottles of Saver Glass arrived Thursday from the postman in Condom, France.

The delay in shipping overall put Folino’s business where he had hoped in terms of extracting some of their spirits from their barrels and into the bottles. He said they expected to receive a delivery of bottles in August.

But he said there were glimmers of hope in it all.

â€œThe product had to sit longer, but that’s not a bad thing,â€ Folino said with a smile. â€œIt took more time in the woods, but we had to have product on the shelves. “

He said that while not their original intention, they are happy with the superior quality of the French-made bottles they are now receiving. Folino said they plan to continue with them as it doesn’t look like the supply chain issues will be fixing anytime soon.

â€œWe’re only worth our bottles, our raw materials, our supplies,â€ Folino said. “And we don’t feel bad about dealing with the French on the bottles, that’s for sure.”

Burglar Gets New Keys Before Being Locked Up