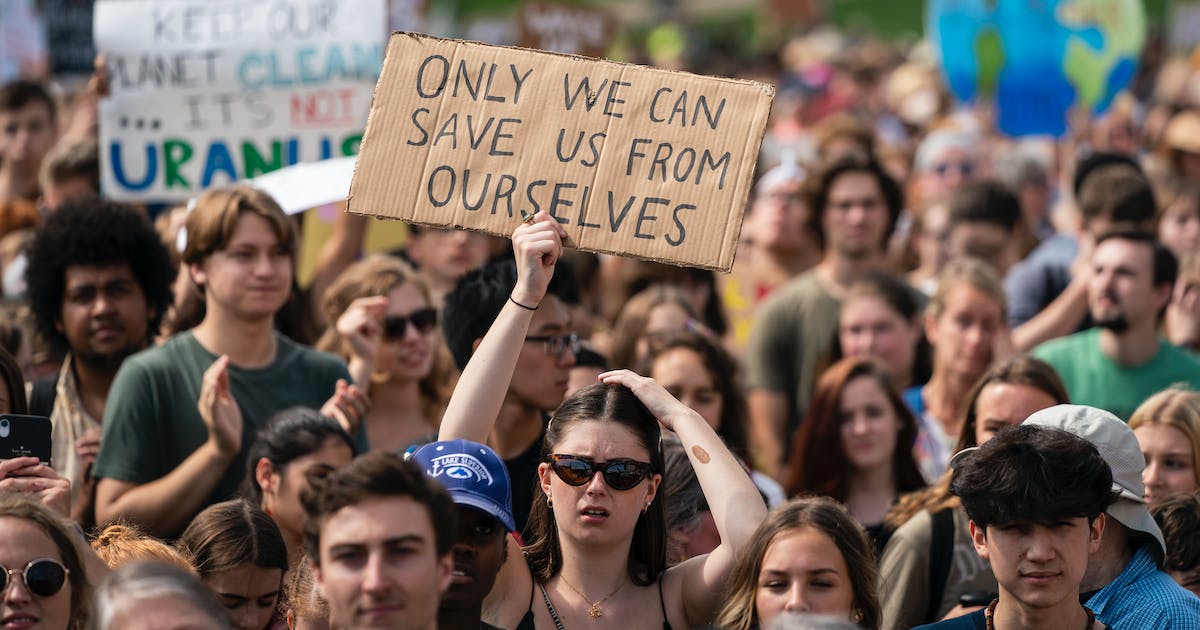 As the economy recovers, the climate threat grows

One of the few beneficial aspects of the global pandemic has been a sharp reduction in pollution at all levels, including greenhouse gas emissions.

China was the first country to shut down in January 2020, even banning people from leaving their homes for several weeks. The result? Air pollution has decreased at a rate never seen before. As the virus spread and one country after another scaled back, global pollution levels plummeted. Much of this decline is due to a sharp reduction in all forms of transportation, which is the single largest contributor to greenhouse gases in the United States and here in Minnesota.

What we experienced was a real-time experience of the impact of human activity on our planet and what would happen if we could drastically reduce our dependence on fossil fuels.

But as economic activity resumed, so did pollution. After dramatic reductions in 2020, U.S. emission rates soared more than 6% last year and are expected to continue rising as the economy reaches higher levels of normality.

President Joe Biden wants to cut greenhouse gas emissions 50% below 2005 levels by 2030, a goal experts have said the world should follow to keep the planet from warming further and extreme weather events that are expected to accompany it.

But lasting progress has been painfully slow. So far, with everything the country has done to spur the development of alternative energy sources, U.S. emission levels are only 17.4% lower than in 2005.

Princeton researchers say the Build Back Better Act, which would target more than $500 billion for renewable energy, electric vehicles, power plants, solar power and other programs, could bring the United States closer to their objective. But the bill remains stalled in the Senate, where Joe Manchin of coal-mining West Virginia has proven difficult to convince.

Minnesota has faced similar issues in its fight against climate change. In 2007, then governor. Tim Pawlenty signed the Next Generation Energy Act (NGEA), which aims to reduce carbon emissions and support clean, renewable energy in the state. It included statutory emission reduction targets of 15% by 2015 and 30% by 2025. We missed the first target and are not on track to meet the second.

In 2019, Governor Tim Walz signed the Climate Change Executive Order (19-37), targeting measures that could protect the state from the worst impacts of climate change. The state now has a climate change sub-cabinet and a governor’s advisory council that uses a citizens’ council to advise the sub-cabinet.

Hurry up. Heidi Roop, a professor of climate science at the University of Minnesota, testifying before a state House committee in 2021 said 2020 was tied for the hottest year on record in the US. nationwide, with 22 disasters that cost $1 billion or more for a combined total of $95 billion. Climate change is causing extreme heat and increasingly severe droughts, storms and floods. These changes, she said, create stresses on roads and buildings, the expansion of bridges, joints, water infrastructure and railways.

We are no longer able to ward off climate change. That time is long gone, time wasted in endless debate about whether climate change was caused by human activity. But we still have time to work together to mitigate the worst effects. We know some of the steps that need to be taken. We know we need to reduce our dependence on fossil fuels.

Sixteen cities in Minnesota recently declared climate change emergencies to send their strongest possible signal to the state legislature that it needs to take real action, and soon. From Moorhead to Red Wing, Grand Marais and Duluth to Rochester, city leaders are coming together. This is the kind of leadership from below that can and should lead to change.

A year ago, Frank Kohlasch, director of climate at the Minnesota Pollution Control Agency (MPCA), said that “while it will be difficult to move forward given the current situation with COVID and the economic downturn, this is an opportunity to…take big and meaningful action on climate change.”

The COVID crisis has proven to be far deeper and more enduring than anyone could have imagined. But this immediate urgency does not dispel the growing threat of climate change.

Man charged in 2014 with theft brought to justice

Castle Point utility vehicles hit in a wave of thefts