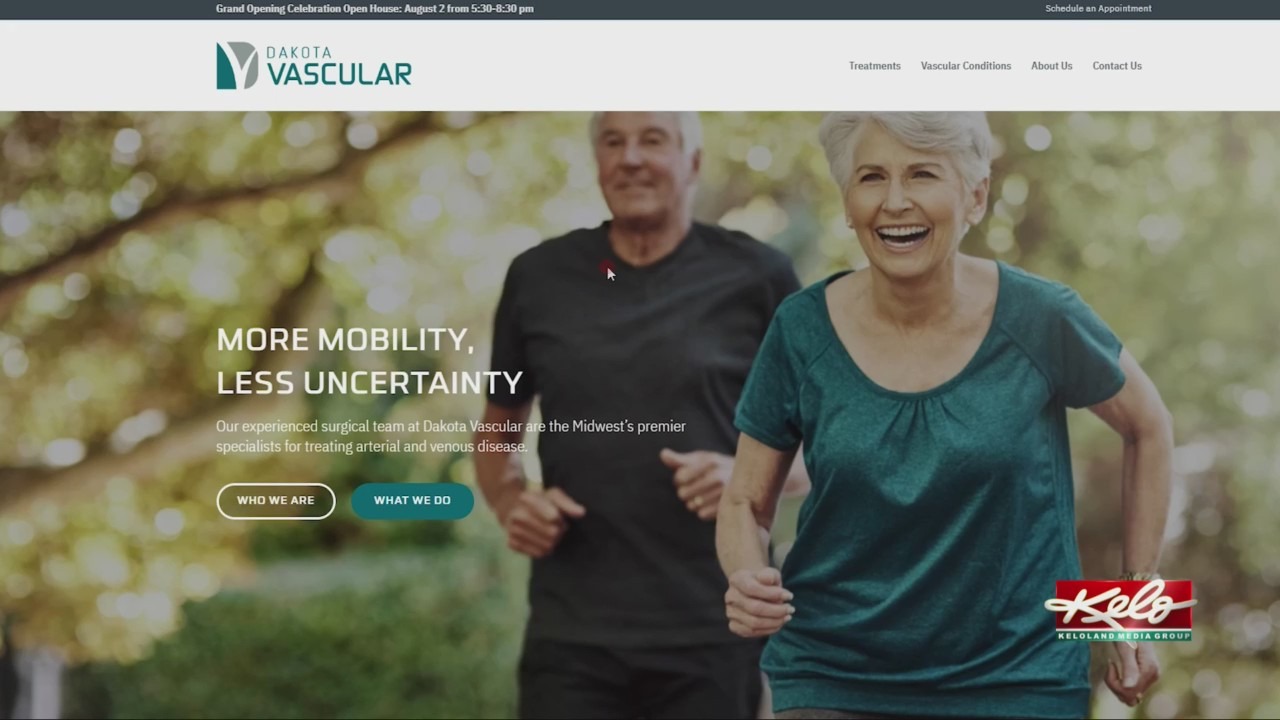 SIOUX FALLS, SD (KELO) – A group of longtime Sioux Falls surgeons have started their own private practice in Sioux Falls, hoping to serve more patients at their own Dakota Vascular clinic.

After nearly 20 years as a vascular surgeon in Sioux Falls, this week Dr. Pat Kelley trades in his surgical tools for power tools.

“We’re supposed to be good with our hands as surgeons, aren’t we?” said Dr. Kelley. “And it’s a new start-up, so it’s all on deck.”

August 1 marked Dakota Vascular’s first official day of business, but although the company is new, the work is familiar to the four founding physicians.

“We have been employees of Sanford for a while, but we decided to be independent and hopefully create an opportunity to care for more patients,” said Dr. Angelo Santos.

Dr. Santos was also a vascular surgeon in Sioux Falls for 10 years.

“We have considerable experience in patient care and community involvement,” Dr. Santos said.

He says it’s an area of ​​specialty that can often be misunderstood.

“People actually think it’s the heart, but we take care of all the blood vessels apart from the heart and the brain. So varicose veins, arteries, difficulty with injuries, difficulty walking,” Dr. Santos said.

Dakota Vascular surgeons plan to continue working under contract with Sanford and Avera, likely performing all major surgeries in one of the local hospital systems. But Dakota Vascular also has her own clinic and procedure space on Elmwood Avenue, just south of the Western Mall in Sioux Falls.

Watertown saddle up for a professional rodeo event

“Usually we can do things in this operating room with an incision of less than half a centimeter,” Dr. Santos said.

Their goal is to serve as many patients as possible in their clinic with these minimally invasive procedures.

“We love surgery as surgeons, we try to avoid it as much as possible. If we can treat things non-surgically, we want that,” Dr. Santos said. “All of these procedures are procedures where you go home the same day.”

While they are still putting some final touches to their newly renovated building, there are already more than 20 nurses, technicians and patient care staff ready to begin serving patients at Dakota Vascular.

“There is a significant investment in terms of equity and in terms of finance, but we believe the future will take care of itself as long as we take care of patients in the right way,” Dr Santos said.

Dakota Vascular will accept all forms of insurance and work with Sanford and Avera hospitals. The clinic hosts an open house on Tuesdays from 5:30-8:30 p.m. with food and child-friendly activities for the whole family.

The victim chases the armed invader