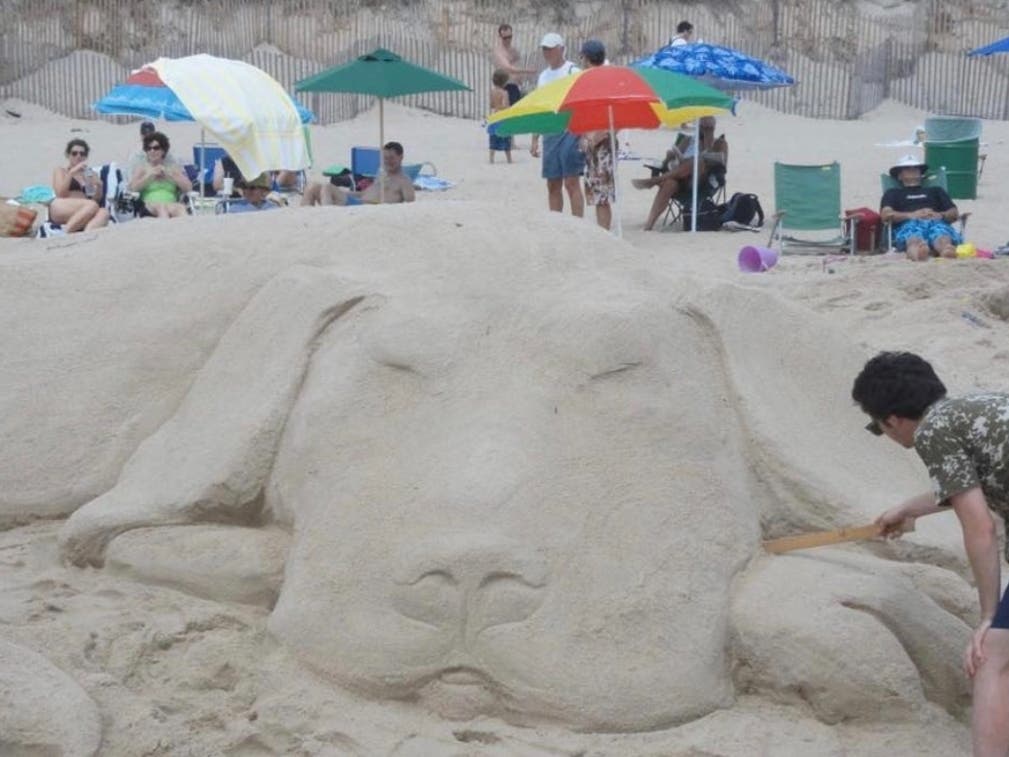 AMAGANSETT, NY – A favorite summer event takes place again in Amagansett as soon as contestants get their buckets and shovels ready for the 30th Annual Sandcastle Competition.

The concept was originally born in 1991, with the first competition taking place the following year at Atlantic Avenue Beach in Amagansett, said the Clamshell Foundation, which hosts the event.

The idea came from the founder of the Clamshell Foundation, Rossetti Perchik, AIA, while living in Tulsa, Oklahoma and saw a sandcastle contest on the banks of the Arkansas River, organizers said.

“After returning to East Hampton in 1987, Perchik couldn’t imagine, along with some of the best beaches in the world, why there was no sandcastle competition here,” organizers said.

While at first there were no rules, “over the years it became clear that there were a few,” the Clamshell Foundation said. For example, only native materials can be used in the final sand sculpture, no power tools are allowed – and participants cannot build in front of lifeguards or go to the dunes.

Groups have also been created so that children do not compete with adults. Each group size was limited to six, so there was not a single person competing against a group of 20, organizers added.

From the start, $ 10 was charged for each group and the price remains the same with no cost to spectators.

“It’s one of our favorite days of the year and we hope to see you in the contest this year,” the Clamshell Foundation said.

Legacy Garden pays tribute to the greats who gave

Chicago Electric Scooter? They could come back soon

Young people team up to help others | Area of ​​interest links